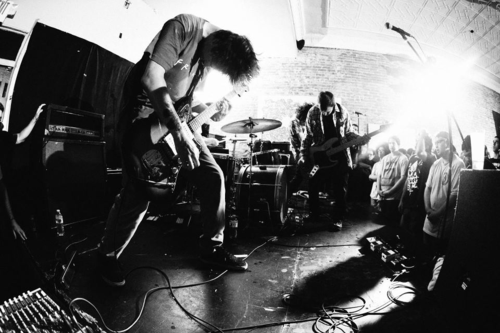 But sometimes, it’s nice to find a good old-fashioned rock band, and watch them stay true to their roots and sound despite emerging trends.

Doylestown natives Daylight are that good old-fashioned rock band. Their debut LP, Jar, just released in April, is for the fan of ‘90s emo and grunge who might also find themselves at a pop punk show every once in a while. They’re what Nirvana would have been if Kurt, Krist and Dave had grown up on the East Coast, and found themselves in a music scene alongside Balance and Composure, Circa Survive and Title Fight.

Sonically, Jar is a step up from the string of EPs Daylight has been releasing over the past few years. Opening track “Sponge” provides a heavy guitar-and-drum intro that immediately makes the listener take notice. “Life in a Jar” showcases a new type of variance for the band with slow verses and a screaming chorus. “In On It” holds the album’s catchiest hook and most memorable guitar lick, and “Hole in the Ground” is as close to a ballad as Daylight will get. After a slow build-up, vocalist Taylor Madison gently sings “I’m calling to see how things are there. / I want you to know how much I care. / I wish I could take away your pain. / I fear I come home to see your grave.”

With stark and morbid imagery sprinkled throughout the album and an undercurrent of hardship and heartbreak, Jar strikes an emotional chord without saying much. This is the kind of album to listen to angry, or catch the band at a live show to head bang your way through a hard time.

Daylight will play a sold-out show tonight at The Fire, providing the opportunity for local fans to do just that. They’re opening for Connecticut-based The World is a Beautiful Place & I am No Longer Afraid to Die, who also released a new album in June.

The songs off Jar should ensure that a whole new wave of listeners and show-goers will take notice of Daylight. They may be a little bit punk, a little bit emo and a little bit post-hardcore, but any fan of real and raw rock music should give them a try.