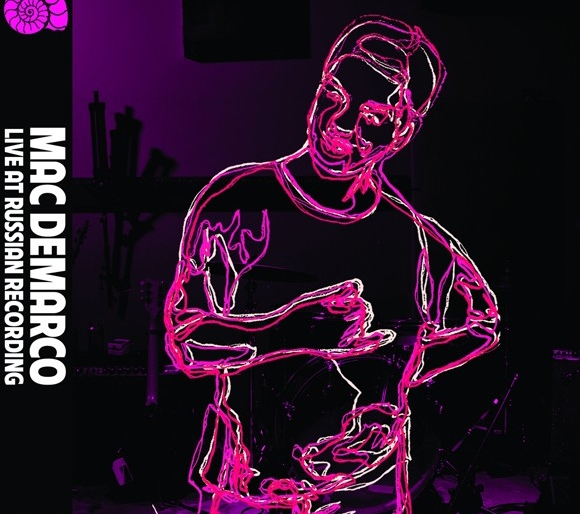 Always eccentric singer/songwriter Mac Demarco rarely disappoints when it comes to live shows. Whether he’s stage-diving to a crowd not quite prepared to catch him, or getting himself into some unwanted hijinx while covering U2’s classic “Beautiful Day”, he’s always up to something. For anyone who hasn’t yet had the opportunity to witness his live shenanigans in person, be sure to catch him next month when he’ll be stopping by for a local show at Milkboy Philly on August 29th, alongside Philly-based opener Ape School. Tickets and info can be found here. And what better way to get psyched for that than by checking out Demarco and co.’s newly released live cassette, featuring tracks from both of his previous LP’s, as well as some unique, to say the least, and always fun, covers (among them “Cocaine”, and a ten-minute medley combining The Police, Metallica, Neil Young and more). The whole thing is available to stream via Ad Hoc. Check it below.