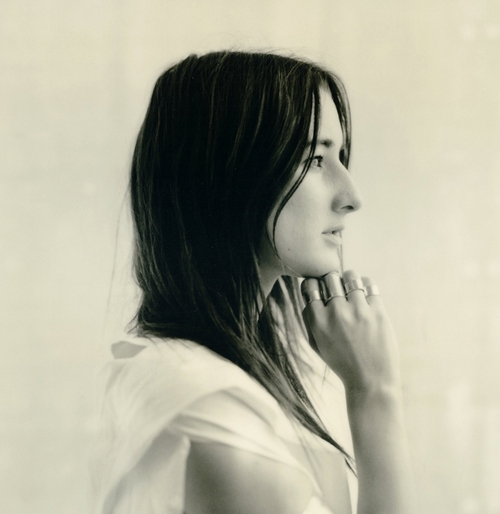 What happens when you take an experimental composer and an experimental electronic artist?  A beautiful combination of classical-tinged symphonic pop.  As her new album approaches, Nika Roza Danilova (better known by her stage name Zola Jesus) was filmed doing a special performance of “Avanlanche” off her last album, Conatus, at NYC’s Guggenheim Museum.  The song was rearranged by composer JG Thirlwell, an experimental composer with roots in the 80s / 90s industrial music scene (frontman of Foetus, remixer and collaborator of Ministry and Nine Inch Nails). Performed by string quartet, “Avalanche” takes on a new life.  The live performance is sparse, a bare-bones rendition of delicate strings accompanying Danilova’s voice.  This alternative style seems to hint at Zola Jesus’ direction on the new album, Versions, which will take her old records and look at them from a new, stripped-down perspective.  Versions comes out on August 20th, but in the meantime you can watch the video of her performance below.  The Zola / Thirwell tour makes a Philadelphia stop at the International House on September 12th. Information on the show can be found here, tickets are available here.