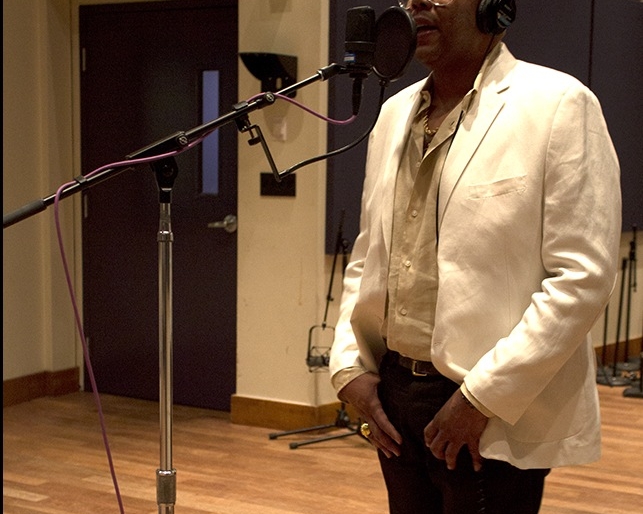 It’s rare that somebody can evenly straddle the worlds of social critic and entertainer, but man, Dice Raw pulls it off. A longtime affiliate of The Roots crew who in recent years struck out on his own with the Philly-centric Raw Life imprint, Dice’s focus these past few months has been the new solo LP Jimmy’s Back. It moves in step with Dr. Michelle Alexander’s 2010 book The New Jim Crow, a study of race and the the U.S. prison system, and Dice not only manages to make the subject matter compelling, but utterly catchy. As we hear in his Key Studio Session – performed with a production hand care of Khari Mateen, who we featured last week – the music can be moving and emotional (“Marching to the Beat of a Drum,” “Over”) as easily as it can have a hooky bounce to it (“Never,” which riffs on tUnE-yArDs’ “Gangsta” to tremendous effect). Meanwhile, Dice the narrator never lets his guard down. He spins stories, creates real-life illustrations of Alexander’s points, and even blurs the lines to the utmost on “Animal.” Is this a silly riff on Sinatra and showtunes? Is Dice playing a character? More like he’s theatrically catching your attention to make a point, and it’s one worth listening too. Bonus: the inclusion of two Roots cuts in his setlist (“Lighthouse” and “Now or Never”) was unexpected and awesome. Listen below, look for the release of Jimmy’s Back in its entirety on August 19th, and catch Dice Raw tonight at the City Hall Presents free concert series.