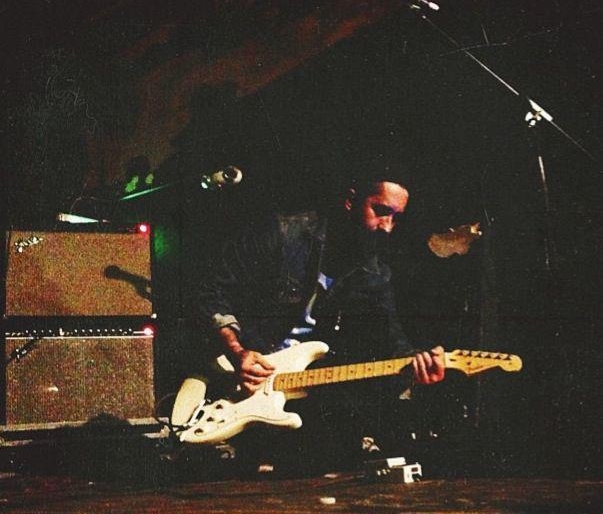 “It’s grown more miserable,” says Domenic Palermo when we swap messages about the next chapter of his band, Nothing. “You can expect us whining about shit.”

Which, okay, he’s clearly being a bit facetious. But in light of yesterday’s big news for the band – as Stereogum announced, Nothing was signed to the roster of heavy-hitting independent label Relapse Records, which will release their debut LP Guilty of Everything in 2014 – it does mean a bigger, broader platform for the band’s amplified emotional white-noise soundscaping.

“We have been in contact with Relapse for about a couple months now,” Palermo writes. “They heard some early mixes and were interested.”

The Upper Darby label is known for pretty much introducing the term “grindcore” into the American musical lexicon, and also launching the careers of prog-metal, psych-metal and metal-metal groups like Mastadon, Neurosis and current favorites Baroness. And the pairing makes sense when you consider Palermo’s linage – he fronted the Philly hardcore outfit Horror Show, which became cult favorites in the early aughts with a string of 7″ EPs on Deathwish Inc. Records. Nothing’s 2012 EP Downward Years to Comewas also released on an underground punk label, A389 Records.

But that EP was also the turning point where Nothing’s sound moved from the skittish, gritty industrial tones of their debut EP Poshlost and a more complex, sweeping, dreampop-influenced sound that drew from My Bloody Valentine and Slowdive. But way more badass. That EP – and especially the band’s live show – was mega-distorted and amped to eleven. As Philebrity‘s Joey Sweeney said to me after Nothing played an in-store show at AKA Music, “it’s like they took shoegaze and stripped it of every fey genome.”

Based on “Dig,” the song Nothing premiered yesterday, that progression is continuing. The wall of sound gives way to the most clear and present vocals we’ve heard from Palermo, and very melodic ones at that. It’s aggressive, but catchy – commenters on Soundcloud are already fondly comparing it to Smashing Pumpkins and other 90s faves.

Relapse is known for its uncompromisingly loud and aggressive roster, and Nothing has that down, no question. But it’s also got a strong sense of melody that you rarely hear from the label’s bands (maybe from Neurosis), and that’s something that will make Nothing stand out from the pack in a massively positive way. When I mention this, though, Palermo says he would prefer not to think about being “the melodic Relapse band.”

“I hate the word melodic,” he says. “And probably every other thing were gonna get lumped in with as far as titles go. But I also don’t really give a shit either. We’re a punk band and I’m psyched Relapse wants to put out a punk record.”

The nine-track Guilty of Everything was produced by Jeff Zeigler at Uniform Recording (“Jeff’s the man,” says Palermo), and will be out early next year. Nothing performs an all-ages in-store set tomorrow at AKA Music along with their current tour-mates Whirr; both will also perform the 21+ This Is Hardcore after-party at Kung Fu Necktie. Listen to “Dig” below.