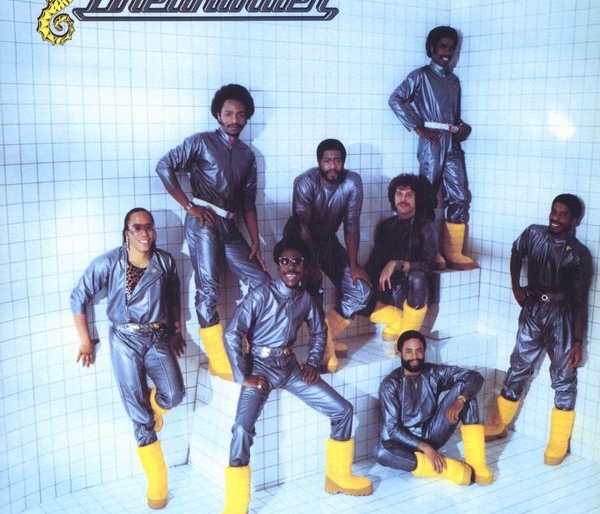 You may not know their name, but you probably recognize the song – or at least a part of it they recorded.

The song? “Release The Beast,” which appeared on the band’s 1980 album, Splashdown and was aptly sampled by Daft Punk on their epic “Robot Rock” from 2005’s Human After All. While it was also sampled by California rapper Murs on his track “Intro,” and also appears in the fight scene in Iron Man 2, it’s the Daft Punk tune that many fans know it from.

With touches of jazz and rock, but mostly fitting in the musical mold of bands like Con Funk Shun, The Blackbyrds, and Earth, Wind & Fire, Breakwater got together in 1971 and were signed to Arista Records. They released their self-titled debut album in 1978 and Splashdown followed. According to the band’s website, when the band signed with Arista records, they consisted of original members Kae Williams, Jr., (keyboards and vocals), Gene “Butch” Robinson (lead vocals and trumpet), James “Jimmy” Jones (drummer and vocals), Linc “Love” Gilmore (guitar and vocals), Vince Garnell (woodwinds and vocals) and John “Dutch” Braddock (percussions), along with the addition of Steve Green (bass and vocals) and Greg Scott (woodwinds and vocals). After the release of two albums, the band split up.

When Daft Punk released “Robot Rock” it sent sample diggers into a frenzy looking for the original version of the song. Breakwater’s records had been out of print for years, yet the sample placement awakened interest for the band. All of a sudden, a less-than-known soul and funk band’s records were in demand. After 30 years, Breakwater reunited in December 2009, two years after the passing of Kae Williams, Jr. Five of the eight original members of the Arista recording act are back- Gene Robinson Jr., Jimmy Jones, John “Dutch” Braddock, Greg Scott, and Steve Green have come together for another round of music making and performance. Breakwater perform at World Cafe Live this Sunday, August 11. Go here for tickets and more information about the show.