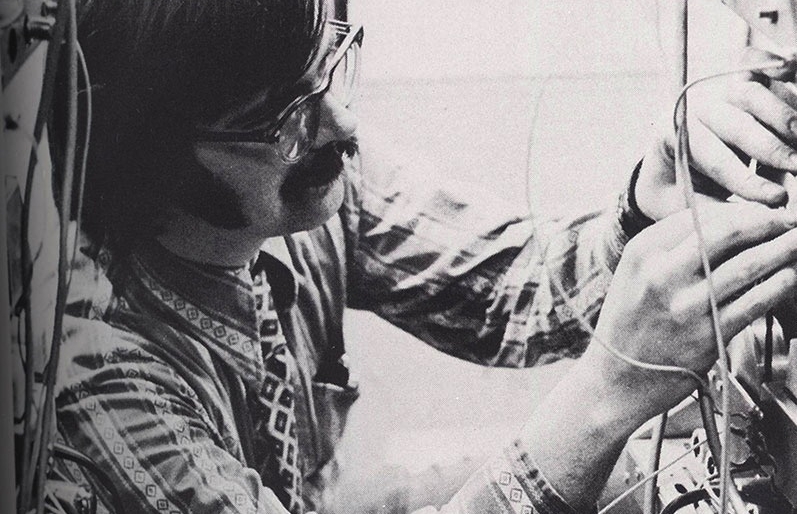 The Key’s Week of Folk is our series of interviews, reviews, artist spotlights, playlistings and general ephemera to get you ready for the 52nd Annual Philadelphia Folk Festival, happening August 16th to August 18th at Old Pool Farm in Schwenksville. In this installment, we introduce you to Folk Evaluation, a new Philly-based reissue label launching at Johnny Brenda’s on Friday.

Some forty years ago at the Indiana liberal arts school Earlham College, a group of students and budding musicians set out to make a record. It’s a scenario not unlike many that played out thousands of times at thousands of colleges around the globe in the decades since. Sometimes these recordings pave the way for successful music careers and mass-popularity, other times they don’t connect and the artists simply drift into obscurity. And every once in a rare while, they’re unearthed and reconsidered by a new generation of listeners.

Jordan Burgis and Jason Henn are Philly musicians and music obsessives whose enthusiasm for these old weird unknowns led them to found Folk Evaluation, a reissue label that last week launched with released a vinyl edition of the 1973 self-titled LP by Hoi’ Polloi; the aforementioned band from Earlham College. The two friends have deep ties to the local folk / psych scene; both play in indie-psych orchestra Folklore, Burgis has recorded LPs by Daniel Bachman and Weyes Blood, Henn plays in Honey Radar and is responsible for booking the only Philadelphia appearance by underground rock recluse Jandek.

“It’s just something about people who are into weird, obscure music,” Brugis says. “We can sniff each other out.”The two discovered their common tastes when Folklore toured in 2010; Burgis has just joined the band, and casual conversations on the road with Henn (as he sums it up: “I like this band, I like that band. Oh wait, you like them too?”)  led to full-scale iPod DJ takeovers of the tour van.

Back in Philly, they wanted to find a way to further their mutual interest. “I had known about the Hoi’ Polloi record for about ten years,” Henn says, recalling his own days at college in central Indiana. “My friend Will Reyerson randomly found it at a garage sale. But he punted it off – I think he expected it to be a lot weirder, and was disappointed that it sounded like a really good classic rock record.”

Before it got traded, Henn made himself a cassette copy, which he shared with the super-enthused Burgis – he’d only read about the album in Patrick Lundborg’s essential psych companion The Acid Archives, but did have a solo record by Hoi’ Polloi singer Charlie Bleak. Nerding out on gear: Hoi’ Polloi’s John Schuerman in the studio

“I was struck by not just the music, but how well it was recorded,” Burgis said. “Considering that they were recording it at a college with limited equipment and money. Essentially it was home-recorded, but it sounds very sophisticated.”

Listening to the record, you hear exactly what he’s talking about. This is no hissy, roomy Low Barlow or John Darnielle four-track cassette; it sounds like a proper rock record of the late 60s / early 70s. Delicate Byrds-esque harmonies ring out, and build alongside crescendos that wouldn’t have sounded out of place coming from Love.

Songwriting-wise, they’re about on par for a college band following in the path of the heroes of their day. But moments of singularity make their way through, like the heartbreaking country outlaw ballad “15 Miles to Mexico,” or the breezy, slightly jazzy escapist tale “Who’s Gonna Help Me.”

Burgis also points out that the band was five people, five songwriters – which in most other scenarios would sound like a big unfocused mess – but here, there’s a consistency in tone and voice, even when the music does take different stylized trips. Revisiting Hoi’ Polloi,  and Henn began to wonder who else still knew about the band; a week later, they noticed a copy of the original LP on eBay for $880 and climbing.

“So that, at least, told us that there were at least two people who were really interested,” Burgis said.

So the seed was planted for Folk Evaluation, and through a series of bizarre coincidences – back in Indiana, Henn’s sister dog-sits for the wife of the original record producer – they were able to access the original master tapes to preserve and re-release. The LP was released last week in conjunction with Bloomington label Family Vineyard – its digital edition includes a collection of live performances, demos and outtakes, while the vinyl comes with extensive liner notes – and a listening party / launch party happens tomorrow night at Johnny Brenda’s. The album will be played in its entirety in the downstairs bar of the venue, followed by DJing from Henn and Burgis. Band members Charlie Bleak and Dan Mack will also be in attendance.

Looking forward, Folk Evaluation’s plan is to seek out similar limited-run releases that deserve a bigger spotlight, and to dig into the stories behind the recording. Henn says he took the name Folk Evaluation from his ethnomusicology studies in college; it refers to a person’s own interpretation of behavior, as opposed to the academic interpretation.

“Really, I kind of thought it’d be a badass name for a label,” he says. “‘That LP on Drag City was pretty sweet, but man, you should hear their 7-inch on Folk Evaluation.”

But when they realized theirs was a reissue label, the name took on an added meaning.

“We’re trying to present recordings with their cultural context,” Henn says. “The music is there along with photos and the stories of the people who made it.”

Brugis says they’re not tied to era, or genre, as much as it’s about spirit and process.

“I’m interested in people telling unique stories,” he says, “But who maybe don’t realize they’re in the same book.” 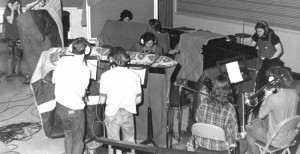