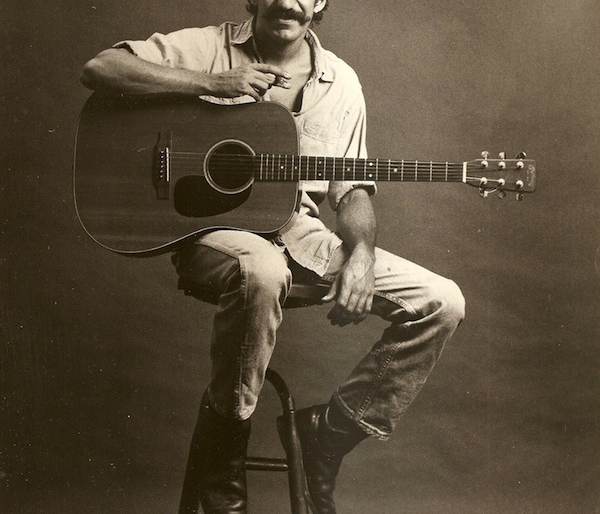 The legendary Philly singer-songwriter Jim Croce, who had a string of hit songs in the early to mid-Seventies with songs like “Bad, Bad Leroy Brown,” “Time In A Bottle,” and “You Don’t Mess Around with Jim”, lost his life too early, on September 20th, 1973 in a plane crash. He was 30 years old.

This September 21st, friends and family of Croce will honor him and his music on the 40th anniversary of his death with a live concert, Time In A Bottle: The Jim Croce Story at Upper Darby Performing Arts Center. Proceeds will go to the Upper Darby Arts and Education Foundation for a scholarship fund in Croce’s memory.

Croce was born in South Philadelphia, went to Upper Darby High School and graduated Villanova in the early Sixties. At Villanova, he was a member of the “Villanova Singers” and “Villanova Spires” vocal groups. From the mid-Sxties through the early Seventies, Croce performed with his wife, Ingrid, as a duo. According to Allmusic:

In 1969, the Croces and an old friend from college, Tommy West, moved to New York to record an album. When the Jim and Ingrid record failed to sell, they moved to a farm in Lyndell, Pennsylvania, where Jim juggled several jobs, including singing for radio commercials. Eventually he was noticed and signed by the ABC/Dunhill label and released his second album, You Don’t Mess Around with Jim, in 1972. The record spawned three hits: “You Don’t Mess Around With Jim,” “Operator (That’s Not the Way It Feels),” and “Time in a Bottle,” the latter ultimately shooting all the way to number one on the Billboard charts. Croce quickly followed with Life and Times in early 1973 and gained his first number one hit with “Bad, Bad Leroy Brown.”

“The Jim Croce Story” show will feature more dozens of songs. Mike DiBenedetto, Croce’s first musical partner, along with Ron Gletherow, who portrayed Jim Croce on British television, will headline as the band “Maggie’s Guitar.” Also performing will be the acapella “Villanova Spires” group and a special appearance from Tommy West and Terry Cashman, Jim’s co-producers. For tickets and more information go here.