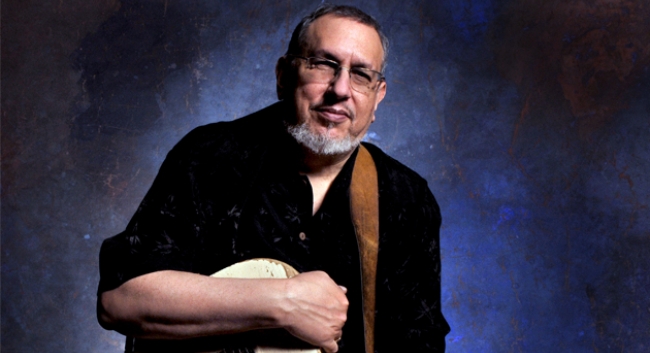 One of our favorite local musical legends David Bromberg, is releasing a new album, Only Slightly Mad, on September 24th on Appleseed Recordings. Fresh off his appearance at the Philly Folk Festival, Bromberg has announced the new album with a preview of the first single, “Nobody’s Fault But Mine” that you can listen to at Rolling Stone. Recorded at Levon Helm’s studio in Woodstock, the album is produced by three-time Grammy-winning producer and guitarist Larry Campbell and includes special guests John Sebastian and John McEuen. About the song, David told Rolling Stone:

“I’ve heard this song sung in churches in Manhattan, the Bronx, and Queens as well as in other parts of the country,” Bromberg says. “I think you can probably find it anywhere in the U.S. I love this song, and recorded a version of it on a Fantasy album in the late Seventies. The band and I started to perform it again recently without referencing the Seventies version, and it became my favorite tune to perform. Brian Mitchell plays beautifully on this. This version is rawer and sincere. The song speaks to me and for me.”

Bromberg has two local shows on his upcoming tour. He plays Musikfest Café at the Artsquest Center at SteelStacks in Bethlehem on Friday, October 25th and at Appalachian Brewing Company in Harrisburg on Sunday, November 17th.

David recently joined XPN Blues Show host Jonny Meister in the XPN World Cafe studio for a special in-studio session for the Mississippi Blues Project. You can listen to the session here. Below, watch a video of David performing “Kind-Hearted Woman” from the session.