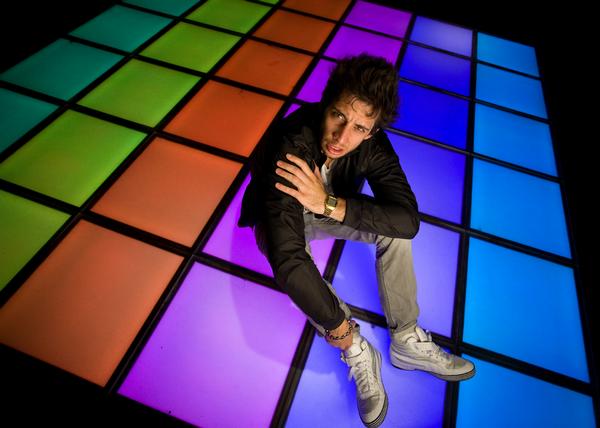 Exciting news for the club kids: UK dance-pop sensation Example is making his Philadelphia debut this fall with a headlining show at The TLA on October 15th. The stage monicker of one Elliot John Gleave, Example got his start as a rapper in the dubstep scene in the late aughts, but gradually branched out into pop music with more mass-appeal, beginning with his 2010 offering Won’t Go Quietly. The album was a high-energy blend of beats, loops, raps and vocal hooks, and as Example progressed on further releases – and he began performing for bigger and bigger crowds at O2 arenas and Glastonbury-esque festivals around Britain – the club-pop got toned way up and the rap got phased out. But that’s fine, since is music remains catchy, earworm-y and undeniably fun (albeit super super poppy). Last year he released his fourth album, The Evolution of Man, and is reportedly working on a new release for 2014 that he says “is inspired…by Prodigy, Chemical Brothers, Faithless, Underworld”; aka everything I listened to between 1996 and 1999. This is going to be great, and tickets are on sale now via The TLA website. Below, watch the videos for “Say Nothing” from The Evolution of Man and “Kickstarts” from Won’t Go Quietly.