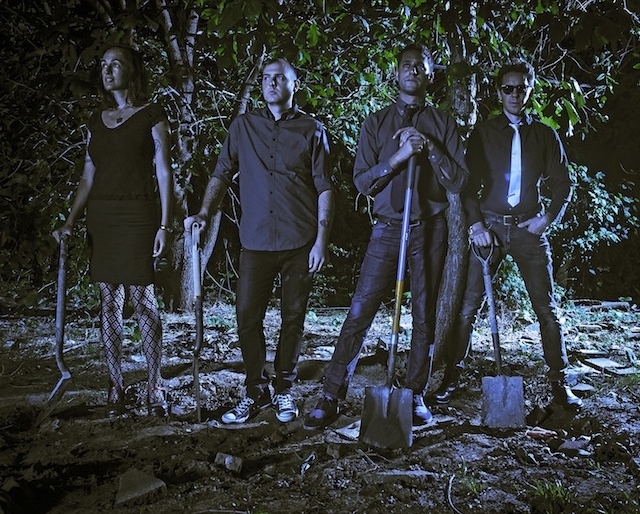 When the folks at Noisey premiered the new music video for “Dirty Ben Franklin” from Ex Friends, they asked the Philly punk four-piece what the deal was with the title. “Did you not pay attention in American history class?” the band replied. “The man was filthy.” But while the video doesn’t literally depict any of Franklin’s, er, indiscretions, it’s pretty nasty all the same – while friends guffaw and drink at a bougey dinner party, the band is out back digging a shallow grave for a reveler that was, in the course of things, killed. Watch it below; the song comes from a digital single available today from Paper and Plastick Records; download it for $1 here. Ex Friends’ Rules For Making Up Words is out on P&P on November 19th.