Tonight's Concert Pick: The Queers and Dwarves at the Barbary - WXPN 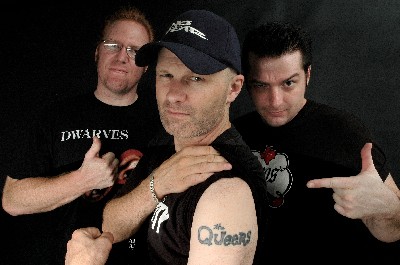 Tonight’s Concert Pick: The Queers and Dwarves at the Barbary

New Hampshire pop punk band The Queers will perform tonight alongside Dwarves at the Barbary. Founded in 1982 by Joe King, The Queers broke up after two years, but soon reformed to include a whole new line-up. The group is said to be styled on the Ramones model, but deviates from this with prominent vocals and guitar solos. Opening the show is Chicago punk band Dwarves, also founded in the 80s. Created initially as a hardcore garage punk band, the group has since moved to a more punk rock vibe and is known for its wild and unusual live sets. Berkley’s rock and roll group The Atom Age and Philly’s punk rock Bucket Flush will also perform. Listen to The Queer’s “Today I Fell in Love” and find tickets and information here.