Unlocked: The Key's review of Michael Boyd by Our Griffins - WXPN 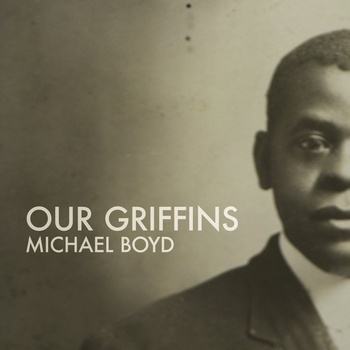 Unlocked: The Key’s review of Michael Boyd by Our Griffins

Michael Boyd Griffin was the uncle of Easton singer and songwriter D.J. Brown.

Michael Boyd is the stunning debut album from Brown’s band, Our Griffins.

The record, released digitally this past Tuesday, is a moving and cohesive collection of songs working on multiple levels. It’s a literal homage to his late uncle (who died when the musician was young) and his maternal grandmother (who passed away in 2009). More broadly, it’s the sound of a young man coming to terms with his own mortality, his family and his place in the world.

Musically, Our Griffins achieves this through arrangements that are both hushed and rousing. Brown’s vocals are unique; it’s like he’s whispering his deepest secrets to you in a voice that’s booming at tremendous decibels. The instrumentation is sometimes acoustic, with haunting synthesizer beds, moodily effected guitars and strings. But it also swells to fervent crescendos when Eric Slick’s drumming kicks in. We shared the free download “Blood On My Sleeves” on Tuesday, and compared it to Explosions in the Sky for its similar progressive sensibility, and Coldplay for its epic scope. Here are a few more names to chew on: the wearied introspection of Nick Drake, the ornamental melodic sense of The Cure in the late 80s, the high drama of Jeff Buckley and all who he inspired.

The shimmering and optimistic opener “All Around I Watch” is juxtaposed by the very humble and haunted “Come and Wake Me Up” – were it not for the snare drum attack, this song would mostly be the otherworldly murmurs of Brown’s voice and Travis Hobbie’s space guitar. Elsewhere, “Nodding In A Basement” takes it to the opposite extreme with high rhythms, a fesity tambourine, and a driving bassline. It’s the rocker of the album, and one that, in a way, lyrically addresses rock. Seemingly focusing on two characters who meet at a DIY basement show – one nodding to the music, one dancing – the song underscores the search for escape and solace through music.

Think of it as an amplified answer to The Mountain Goats’ “Dance Music.”

Themes of faith versus independent-mindedness crop up elsewhere. “Forget the silver lining, I’ll never live a lie / Handing out papers to passers by, they won’t get me, I’m not like”; this lyric on “My Cousin All Grown Up” could be the cries of somebody resisting an evangelical upbringing. Or “Jeremiah’s Palace,” with the biting sarcasm in Brown’s delivery: “I spent a day up at Jeremiah’s palace … Oh what a man, to have a name from the bible.”

Though, it’s important to point out, the “I”‘s are not necessarily Brown himself. Sometimes it represents family members – the song “Not Here Entirely” seems to play out a domestic discussion from a generation past – and other times it’s a character standing in for emotions Brown the songwriter seeks to explore – “I painted up a story, was my only cry for help” on “All Around.”

One verse where the “I” does feel personal and direct is on “Blood,” perhaps the most powerful verse on the album. It talks of a person who, amid with a crowd of mourners at a funeral, first wishes they were the one in the ground, but the train of thought leads them elsewhere.

“I stand near a grave / with envy for the life that has ended / feel they’ve figured it out. / I bundled up / and kept my head down / next to the mourners passing / and thought a lonely life / to live for self.”

Coupled with the lush music, it makes a powerful statement – one that echoes across Michael Boyd. Life is fixed in impermanence, everything around you is fleeting, and in the end, you’re the one you answer to. So, from Michael Boyd Griffins to D.J. Brown, the answer seems to be simple: life for yourself.