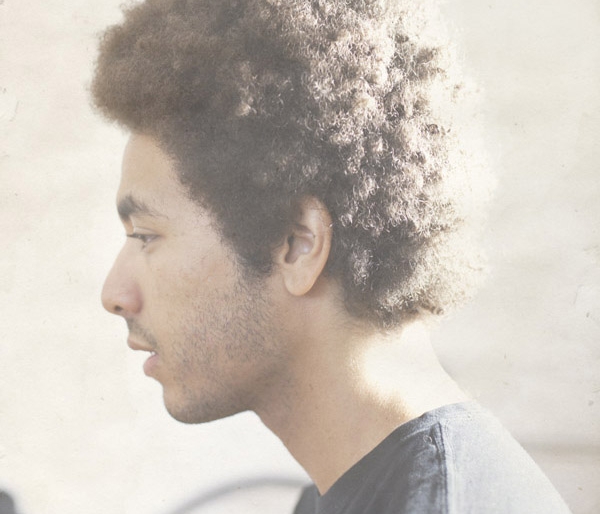 Unlocked: In conversation with Our Griffins’ D.J. Brown

In the four years he’s been making music under the Our Griffins moniker, Easton singer and songwriter D.J. Brown has experienced a steady growth. Previously haunted and introverted, his music is now lush, expressive and cathartic, perhaps best exemplified by Michael Boyd, the new full length album we’ve been examining all week in the Unlocked featured album series.

Even since we first met him here on The Key, there’s been a change. As we pointed out on Tuesday, the band was more of a subdued chamber group when it recorded a Key Studio Session in 2012. Flash forward to a Johnny Brenda’s gig opening for Nightlands this sumer, and there was notably more energy, volume and emotion.

I asked Brown how this growth came to be. He sees it, however, as less growth and more realization.

“That’s what I heard in my head all along,” Brown says, attributing the live energy more to getting drummer John Kimock into his his tight-knit ensemble of players. “That was the last piece that fell into place.”

Though another part of it, undoubtely, is the batch of songs on Michael Boyd that find Brown in exploratory mode, simultaneously looking inward and out into the experience of others – specifically his family members.

He came up the with the name for this record when sifting through an old box of family photographs. There was a shot of his uncle, Michael Boyd Griffin, his mother’s brother who died when Brown was ten years old, that grabbed his attention. The photograph was a posed portrait taken in a studio shortly after Griffin’s own brother died in a swimming accident in the Delaware River; his look is solemn and contemplative.

“For some reason, the expression on his face just struck a chord with me,” Brown says. “And it just sparked a lot of questions for myself as a person. And about my family and how they affect me. It ended up changing how I approached writing songs.”

Our Giffins’ previous EP, Conversations, is a very literal first-person “I” set of songs; Brown writing about himself, and his emotions. He says that encountering these old images of his family members made him look outside his personal world to imagine the perspective of those close to him.

He also extends his narrator’s eye to those who he is bound to but doesn’t necessarily know much about. The image on the cover of Michael Boyd is not the uncle the album was named for; it’s much older, a distant relative in a family shot from 1927, and Brown doesn’t know much beyond that. But, he says, the man is part of him, their history is his own, and its one he conveys on the album, from struggles with faith (“My Cousin All Grown Up”) to domestic issues, stories of parents raising young ones before they’re quite ready (“Not Here Entirely”).

These stories are quite loosely and elusively told, though, and might be about something else entirely – interpretations here are purely my own, and the soft-spoken Brown is mum on details. He’s a warm and quite funny guy the longer the conversation goes on, but the question of whether he was always a shy person comes up.

So how does that coexist with his emerging pursuit: being a musician, performing onstage?

Brown pauses, then answers “It’s more difficult when you can go on and perform and it’s about making everyone feel really good on a conventional level. But when it’s making people feel good on a different level – which is probably what this music will do to people – it’s kind of difficult. Going up and saying something really serious, and singing something really serious, and not feeling uncomfortable, not feeling weird about it. So most shows I’m really inward.”

But even in the name of the band, Brown has something to think about while he’s inward. The project was dubbed Our Griffins after his maternal grandmother passed away in 2009, and sees it as a reminder. “When you’re doing music, you experience a lot of things that are, it’s not a very good term, but impure. So using that name, I can look back to something that’s really real about myself.”

Read The Key’s review of Our Griffins’ Michael Boyd here; watch a video of Brown performing “Come and Wake Me Up” on the Philly Local Show with Helen Leicht here; download “Blood on my Sleeves” here; and check back on The Key for future editions of Unlocked.