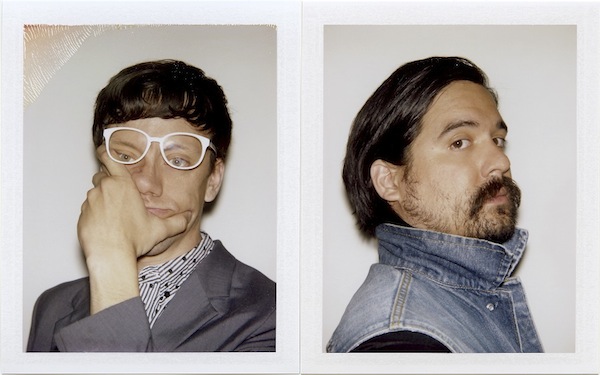 Philly’s Man Man release their new album, On Oni Pond (Anti- Records) this week. Last Friday, September 6th the band gave us a taste of some of the songs from the album when they played Free At Noon. You can listen to that show here. Below, read our review of the new album written by XPN’s Mike Vasilikos.

For fans of the Philadelphia band Man Man, On Oni Pond, the band’s fifth studio album capitalizes on so much of what you love. The band’s energy is contagious, the songs brilliantly bizarre, and despite a love for experimentation this collection is easily the band’s most accessible to date. Yes, On Oni Pond is more focused but it’s no less fun and certainly no less interesting. In fact, it’s arguably the band’s most intriguing album.

One can only imagine that for a band like Man Man the ideas are always overflowing. Given the tremendous energy and dense musical landscape of their songs, the challenge of tightening things up seemed to be just that, a challenge. But for On Oni Pond, the guys headed into the studio with producer Mike Mogis (Bright Eyes, Monsters of Folk), who apparently did his best to harness that energy and focus it into an infectious batch of tunes. From the wonderfully weird “Pink Wonton” that threatens to “waterboard me with call me maybe” to the futuristic sounding “Paul’s Grotesque” Man Man hit high marks.

The band served up some early indicators that their sound was evolving on album standouts like “Head On”, an immediate radio hit. And yet, their willingness to experiment and push boundaries isn’t compromised. On Oni Pond is a perfect balancing act, it walks a line of energized determination and frantic fun. It’s one of the year’s great surprises.