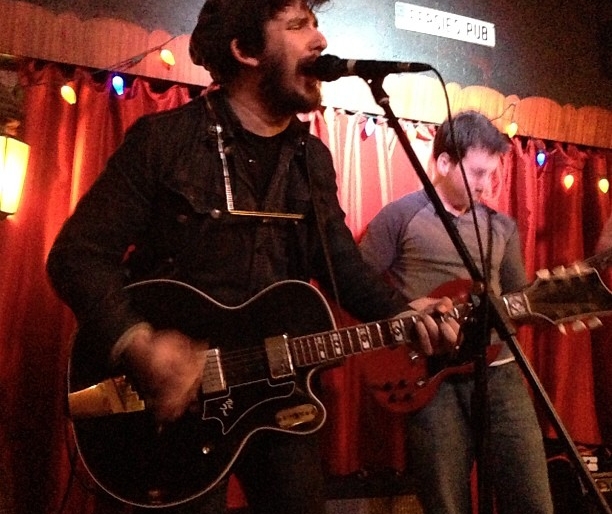 Local country outfit Levee Drivers shared a video of their vocalist / guitarist August John Lutz II performing “I’m On Fire” by Bruce Springsteen. The video, filmed by Bob Sweeney with audio by Peter Joseph, was recorded at Break Neck Studios for the Root Down in the Shadow Blog‘s new feature Cover Club.  The video series will bring Philadelphia musicians into the studio to record covers of their favorite songs by other Philadelphia musicians.  Watch the promo of August John Lutz II’s episode below, followed by a solo acoustic take of his band’s new song “All Dolled Up In Red.”  Levee Drivers have a few shows coming up in the area, including a set at The Fire on October 5th with The Gallerist and The Rivals.  Tickets and information can be found here.