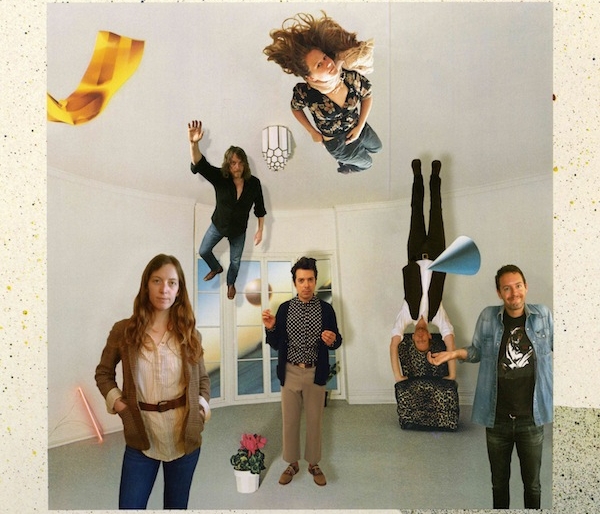 This Saturday night, September 21st, The Lindsey Buckingham Appreciation Society – crew of musicians and Fleetwood Mac’s enthusiasts from Philly and New York – will will reunite to perform the classic Tusk in its entirety at Johnny Brenda’s. They’ll also play some other Mac classics. The current TLBS lineup includes co-founders of the band Charlie Hall (vocalist and multi-instrumentalist with Jens Lekman and The War on Drugs, and leader of the Philadelphia-based male choral ensemble The Silver Ages) and Patrick Berkery (who has played drums with The War on Drugs, Pernice Brothers and more) along with Tony Goddess, Birdie Busch, Dave Hartley (The War on Drugs, Nightlands, and writer of The Key’s Top of The Key basketball column), and Eliza Hardy Jones of Buried Beds. We asked Charlie Hall (CB) and Patrick Berkery (PB) to put a handful of their favorite Fleetwood Mac songs and to reflect on their greatness. Here’s five of their favorites.

PB: From the Bob Welch-era. Quite possibly ground zero for “yacht rock.” (Can I just tell you how much I despise that term?) It’s surprising they didn’t have a major hit with this – such a beautiful song. Bob DID have a hit with it on his 1977 solo album “French Kiss,” an album the uninitiated are strongly urged to check out. It also has “Ebony Eyes,” an EPIC moment in soft rock history.

CH: An absolutely gorgeous lyric. I love Mick’s drumming on this one, and how the pre-chorus really starts to chug-a-lug into that exquisite chorus. I do think Bob improved upon it on the ‘French Kiss’ version five years later, featuring not only Mick and Christine again but also Lindsey helping shape it with guitars and production. There’s complete sweetness wrapped up with a tinge of sadness, which pretty much encapsulate Bob Welch. I, too, cannot stand the term “yacht rock” and I wish it would go away, along with those stupid videos.

PB: I’ve probably heard this 25,000 times and I still have a hard time finding the “one” when Lindsey’s acoustic enters at the top. It also still sounds as badass to me as the first time I heard it. It’s one of those Mac songs that appeals to EVERYONE: indie rockers, the Nashville crowd, the classic rockers, your mom (that’s not a burn – your mom is probably quite fond of this song).

CH: There is already hypnotic syncopation going on with those two electric guitars in the first two bars of this song even before that mind bending acoustic comes in and twists everything around. Then you add Mick’s crazy backwards tom pattern (see also: Ginger Baker) and you’ve got yourself exponential rhythmic madness, all of which serves to juxtapose and tee up one of the most epic choruses ever (check out the descending McVie bass line while you’re in there). This is music to blast as loud as the given situation can handle it. (I do think this song’s natural habitat happens to be the car.)

PB: I know about five-and-a-half drum licks, three of which I lifted from “Dreams.” The secret sauce of the Lindsey-Stevie era is how Mick & John anchor those songs so hypnotically – and ALWAYS (at least on wax) at the PERFECT tempo. They do it especially well here. They’re the Lennon & McCartney of rock rhythm sections.

CH: Let’s face it, this song is perfect. I hate picking favorite anythings with music because I love so many things, but okay fine this is my favorite song of all time hands down. I don’t think I can comment on this song without it being a ten page love letter. I’m no anthropologist, but if there’s any question about the sophistication of human existence or whatever, I believe this song should just be presented as EXHIBIT A.

PB: Once you get past the crude production and lo-fi drum sounds, I don’t find the “Tusk” album to be all that weird. Take “Save Me a Place.” It’s got a very loose feel, and the “drum track” is Lindsey playing a two-inch tape box with his hands. But at its core it’s a tender ballad that echoes the Beach Boys – one of Lindsey’s chief influences. This is also the first song that we – The Lindsey Buckingham Appreciation Society – played together in my basement. Five voices singing this in harmony from scratch and pretty much nailing it straight away. We all looked at each other and sad ‘Wow, maybe this idea has potential.’

CH: That was a real powerful moment, when we all came together for the very first time and with no prompting and no direction just started playing that song and those five part harmonies just literally happened. I’ll always cherish that moment and this song. I love how the looseness of this song tempers the complexity and beauty of the harmonies, and how the guitars push and pull in the hard pan of the left and right channels.

PB: So much is made of the magic between Lindsey and Stevie, but “Hold Me” is an example of the sweet chemistry Lindsey and Christine shared when they harmonized. I think some of Lindsey’s best production touches are found in Christine’s tunes, especially here. It’s like he took “Say You Love Me” into Brian Wilson’s sandbox and came back with this. Let’s not overlook Mick’s drum fill after the piano breakdown – pure brilliance. Oh, and you have no idea how close our little collective came to being called The Christine McVie Appreciation Society. No idea…

CH: This is a pretty masterful vocal display. Lindsey and Christine’s phrasing swells and moves perfectly together. And there is so much going on vocally in the chorus, it’s just so good. The frequent Mac device of using something in place of the hi hat (like the acoustic guitar in “Over and Over”) is used to nice effect here with the tambourine. And Lindsey’s staccato guitar stuff is a great accent throughout. For an album that has been pretty much forsaken by the band itself, ‘Mirage’ is full of crushers and is mistakenly overlooked. I do think they were scared to try to pull off a lot of this stuff live. I know Brandon Beaver got a few grey hairs working out those Lindsey parts when we played ‘Mirage’ last time. (Confidential to Beaver: you nailed it.)