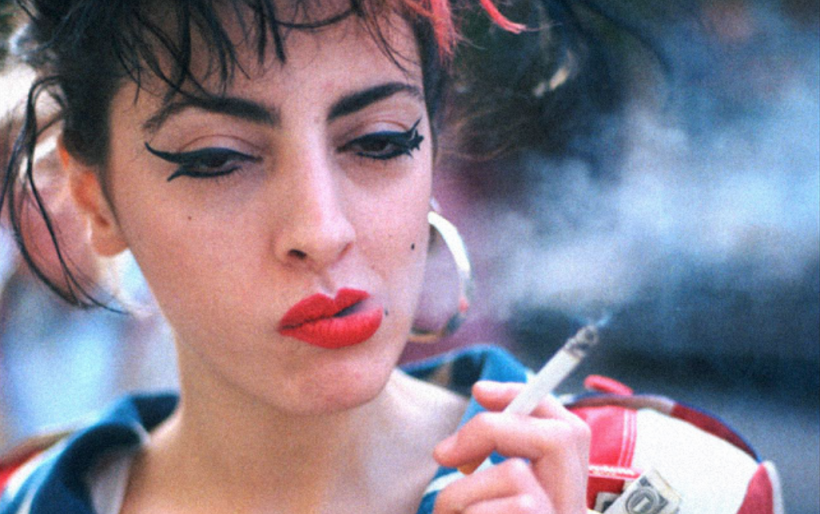 Yesterday afternoon, a random tweet from King Britt led me to a stunning online gallery of work by Philadelphia-based photographer Pier Nicola D’Amico. “Check some of the Philly punk scene with homie@pndamico,” King wrote, followed by a link to the new collection Between Glam Rock and New Wave: The Lost Archive. How am I going to say no to something like that, right?

The work that I saw upon clicking through was even better than I anticipated. D’Amico’s collection showcased faces and friends. Personalities, not celebrities, the community that you discover when you dig a little bit deeper than the music at its surface. In fact, of the 32 images in the collection, only one explicitly depicts music – a great shot of an old school DJ rig at a loft party. Folks are wearing berets, the wheels of steel are the fliptop models that look like they were borrowed from somebody’s living room, the DJ seems pensive as he scans the room for a read on the crowd.

Music plays a background role in other images – speakers on the shelves of a silhouetted young woman’s apartment, magazine cutouts of pop stars taped to the wall of another friend’s bedroom wall, a vintage WKDU magnet on the fridge of a denim-vested, bleach-haired lad in a kitchen. In the rest, it’s more implicit. You know these people listen to music, and you know that music is probably a major force that draws them together in friendships. But you also get to see what their lives are like beyond it.

D’Amico writes that these images were shot when he was a teenager in the late 70s and early 80s. He was attending art school in Cooper Union in New York, his girlfriend lived in Philly and he bounced back and forth between the two metropolises shooting photos of his circle of friends “kissing, embracing, and staring into space.” The images project an intimacy and comfort level you only get when the photographer either knows the subject personally, or has spent a decent amount of time making them at ease with the camera. Of the era these were shot in, they most easily recall the images of Nan Goldin; back further into photo history, perhaps Robert Frank or Diane Arbus; or from today, Zoe Strauss. It takes us inside the art studios and one-bedroom apartments of his peers; it takes us behind the veil. The furniture is torn up, the floors are dirty, and yet the people were smiling (if not nodding off in a beer-induced haze).

There’s a motorcycle and a big red door. There are a couple dogs. There was a wedding.

“We also were committed to being punks, which means that we rejected everything,” D’Amico writes:

All We had was the music, the bar and what set us apart.

We drank and did drugs to kill the isolation of no future and numb the scornful looks that people gave us on the street. In turn, we scorned commercialism, big music, the hippie generation’s utopian fantasies, and the cultural paradigm around us.

“Never sell out” was the common refrain.

The punk movement feels too far away from me now, perhaps because the world has changed so much since then. Today it’s associated with a fashion style which really misses the context that spawned its relevancy.

That’s not to say there’s no degree of fashion in these photos; the girl with the American flag vest and pink tuft of hair, puffing on a Marlboro red with heavy eyeliner: obviously style-conscious. Another with ornate hoop green earrings and the matching green tank-top, arms inked up with tatts: also style-conscious. The guy with the jet-black locks and stickered-up skateboard: well, you get the drift.

Thing is, and to D’Amico’s point, these kids were the progenitors, the generation that punk-as-a-look and punk-as-a-commodity is modeled after. They weren’t dressing this way because they shopped at the mall, or because the celebs they saw on TV did. Their look was a reflection of themselves, their friends and their values. Their look was simply because. Continues D’Amico:

I’ve named this body of work The Lost Archive because for me, punk was so quickly eclipsed by the emergence of New Wave and hip hop.  Lost, because I too was lost. I struggled to understand my generation’s worldview and my own inner view, my search for artistic meaning and a platform to express it. As I grew older a sense of unfulfilled spirituality emerged in my life and led me to embrace Buddhism. My friends call me a Buddhist punk now. I think that fits.

Take a look at all of D’Amico’s images from The Lost Archivehere.