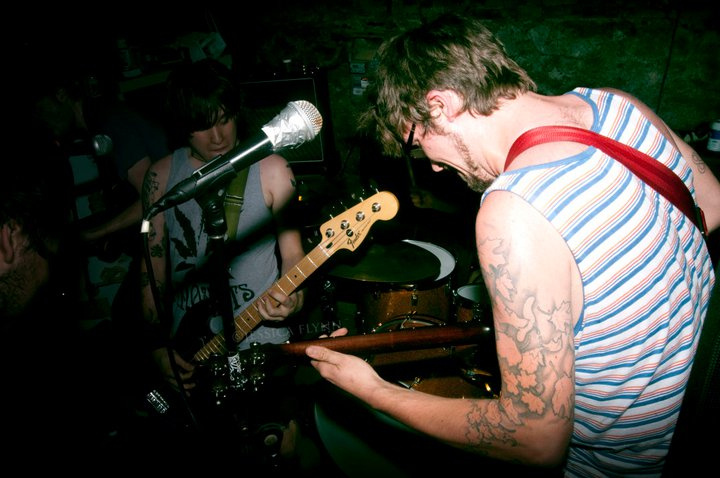 If you missed Philly punk crew Luther when they played the First Unitarian Church earlier this month opening for Hop Along…well, I can’t tell you when you’ll be able to see them next, since all three of their shows for the forseeable future are in Florida and Virginia. That’s fine, though, since it indicates the band might be holing up to record a new full length after a successful twelve months in support of  their latest LP, Let’s Get You Somewhere Else. The record is simultaneously gritty and ultra infectious, and we have another hint that the band is ready to make with a followup: this great live performance video, filmed for AltarTV, where the band premieres a hooky new song called “A Stellar Navigator.” It was filmed at The Smiling Moose in Pittsburgh while the band was on tour with The Draft and Cheap Girls back in July. Check it out below.