Unlocked: The Key’s review of In Spirit by Buried Beds - WXPN 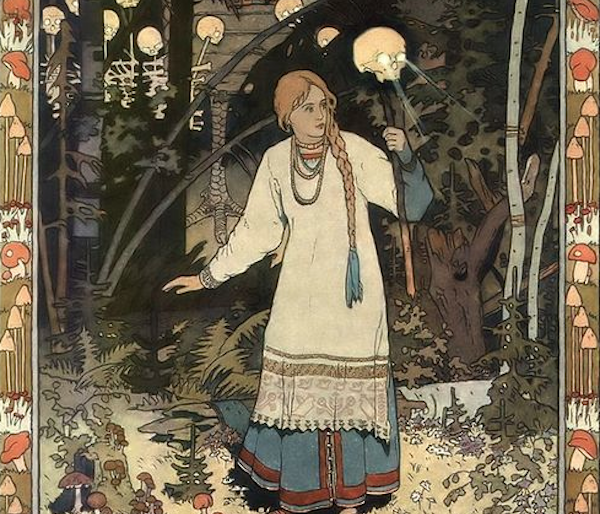 Unlocked: The Key’s review of In Spirit by Buried Beds

Buried Beds’ In Spirit—out today—is a record about stories. This is somewhat deliberate—the band tells me they set out to write a “sort of concept album,” inspired by fairy tales and “sort of” fairy tales.

“We started out with this idea of fairy tales and as we continued, we thought ‘what is a fairy tale?’” explains one-half founding duo, Eliza Jones. “And we started to include things like stories that had been told to us, and these scientific theories that feel—at least to me—like fairy tales.”

The fairy tales themselves were gleaned from both classic stories and a collection of Pantheon regional fairy tales that the duo stumbled upon and found particularly inspiring. Some tracks are straight-forward re-tellings—“there’s one song that is chapter by chapter taken from a Russian fairy tale,” explains the other half of founding duo, Brendon Beaver—while others are just loosely inspired. The result is a record that feelsmagical and sweeping, and ends up being the band’s strongest release to date.

The record kicks off with “Children of the Sea,” a lush, dreamy exploration brimming with floaty vocals and big orchestral swirls, that grow larger and more immediate as the chorus insists, “All you children of the sea, one single heart does beat, your chains will fall away.” Suddenly we’re swept up into a world of excitement and freedom, where each moment feels lively and ecstatic. Yet—the band is quick to remind us—there’s no such thing as pure liberation. “Darkness grows when you’re alone,” continues the chorus, introducing a major theme: that even in this beautiful world, darker elements swell below.

From there, we transition to the poppy, percussive “Oh Lonely Fortress” (spotlighted yesterday) and the gorgeous, sparking “Stars,” which features some of the loveliest lyrics the band’s ever produced.

References to the mystical teem throughout: from magic potions and wishing wells, to characters tied to foretold prophecies or haunted by spirits. Middle track “Begin Again” explores notions of family and rebirth with quiet guitar plucking and steady drum beats, while “Future Ghost” adds moments of rock catharsis, matching violinist Hallie Sianni’s virtuosic playing with a sense of forward motion. “Wolf Confessor” delves deep into the underside of magic, Beaver passionately crying out: “I once believed that there was good in the world…now I don’t know.” And penultimate track “1000 Acres” is percussive and foreboding, with windswept, desert rock percussion and wily guitar freak-outs that are a far cry from the Buried Beds who were writing melancholic dirges eight years back.

The record closes with delicate piano and strings-based melody “Your Bow May Bend,” which was inspired by Jones’s grandmother Mary, who Jones describes as “sort of the original bohemian.” “Every memory I have of her is of her with a tape machine,” she continues. “She had literally hundreds and hundreds of tapes where she would make these soundtracks, and then read poetry over them, or she would write songs.” She laughs. “At the end of the song there’s this collage of her voice…that was compiled from tapes I have, going as far back as the early ‘80s.”

The sound collages give “Your Bow May Bend” a wispy, other-worldy feel, like the epilogue of a touching film, and hits on another of the record’s central themes—that sometimes, reality can feel like magic.

“I think ultimately the record reflects the way we feel,” says Jones. “You know… the world is kinda dark, but super beautiful. And so the music ends up that way.”

Beaver agrees. “In the end, that’s the crux of how fairy tales are,” he adds. “They’re really beautiful on the front, but super sinister in the background.”

Reveling in the sinister has never felt so inviting.

In Spirit is the featured album in this week’s edition of Unlocked. Download the song “Oh Lonely Fortress” in yesterday’s post and check back this week for a music video, an interview and more.