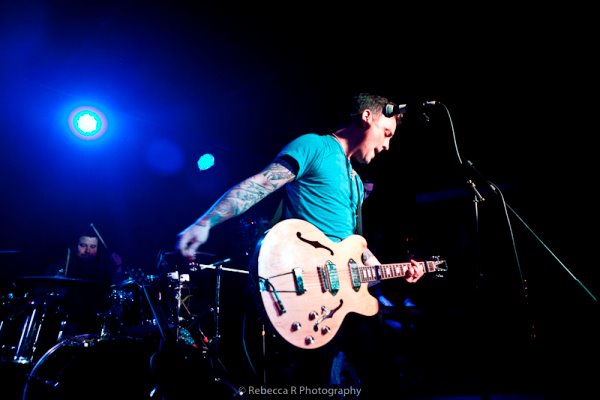 Philly’s Dave Hause is releasing his second solo LP Devour on Tuesday the 8th of October, and we’re happy to announce he’ll be joining us for a WXPN Free at Noon concert on Friday the 4th. With two sold-out album release performances at the First Unitarian Church’s side chapel, this is your last chance to see Hause live before he heads out on tour – so RSVP here. Hause yesterday teased another track from the new record, a barn-burner called “Autism Vaccine Blues.” He admits the title is somewhat provocative, and explains it to Esquire thusly:

The title itself is something I’ve had for a while. Between thinking of the title and writing the song, the myth was basically debunked that autism developed from vaccinations given to children. I wanted to still use the title and wanted to examine the irony that in the future we may end up with a vaccine that cures autism. It got me wondering whether the people who had been stricken with the disorder, upon being cured, would prefer to go back to their former state after being awakened and subjected to all of the complications and stress of life in America. The song is written from the perspective of someone who has been recently cured of autism and isn’t so sure they are ready and willing to cope with all that we have to offer here in modern society. I’m not so sure I am either.

Listen to the song streaming via Esquire here, and check out some footage of Hause in the studio recording Devour below.