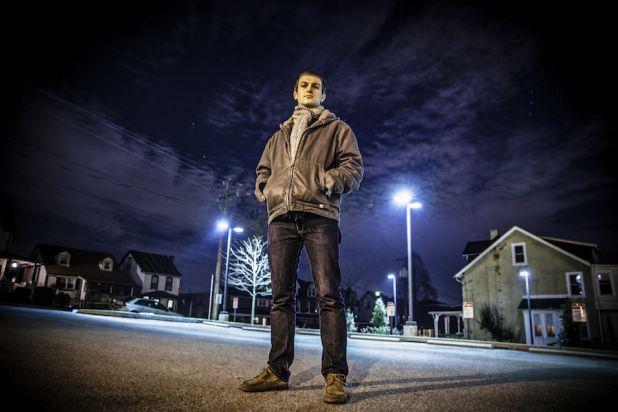 Watch a new video for “Nothing Around Me” by Chris Zurich

Philadelphia’s Chris Zurich has followed an unusual musical path – embracing the hardcore scene when he was younger, Zurich went on to form a Mars Volta cover band in a West Philly basement, take vocal lessons from an opera singer and is now on the cusp of releasing his debut LP.  Describing his sound as a “culture clash,” Zurich hasn’t forgotten his musical roots on Black Ink.  There are elements of punk, reggae and soul, woven together in a way that reaches out and connects to fans of all genres, as we heard on “Annie” last month.

This week Zurich released the video for “Nothing Around Me,” an “electro pop song about a broken friendship between a former a bandmate” that may well be the centerpiece of the album.  The video alternates shots of Zurich’s emotive face and a swirling, thickening black ink that visually breaks up the positive white space of the frame bit by bit, perhaps reflecting the fissures of the friendship that has been overtaken by negative feelings.  Black Ink is out October 15th; watch the video below and get a free download of the track here.