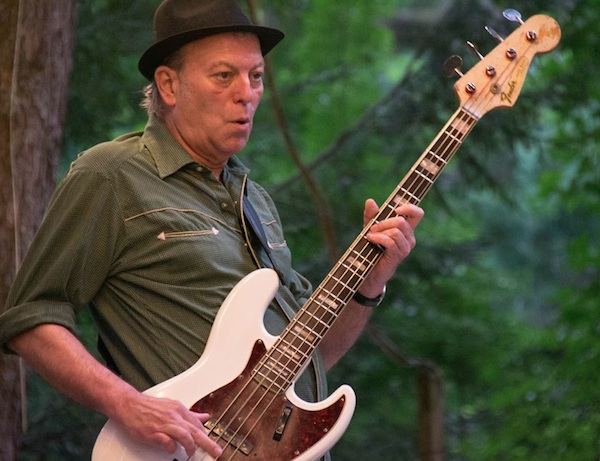 Steve lost consciousness between John Train sets at Fergie’s on Friday night. He was rushed by ambulance to Jefferson Hospital. He went down and never came back up. “Aortic dissection” led to various complications that could not be reversed. There was no sign, no nothing. It just suddenly occurred. Steve’s exit was fast, painless, and peaceful. The last thing he did was the thing he enjoyed most: playing music. The last song we played together was Butch Hancock’s “Boxcars.”

Demarest, born in 1953 in Camden, New Jersey, was a long time player and contributor in the Philly music scene. Over the years, he performed with the Hens, the Leisure Kings, played with Rodney Anonymous in Burn Witch Burn, and in 1999 Steve joined Slo-Mo featuring Mic Wrecka. Steve has been the bassist for John Train since the band formed in 1996.

The band’s regular performances at Fergie’s Pub were some of the best acoustic music sessions this town had on a regular basis, and over the years, Steve had a quiet, but powerful influence on the creative energy of the local music scene here. Our condolences and thoughts go out to his family, friends and fans, and anyone he touched when hearing the music he was involved with. A tribute to Steve will be held on Friday, October 18th at Fergie’s Pub at 6PM, the time when John Train would be performed their weekly two set show. They’ll be more information about the memorial on the John Train web site here shortly.