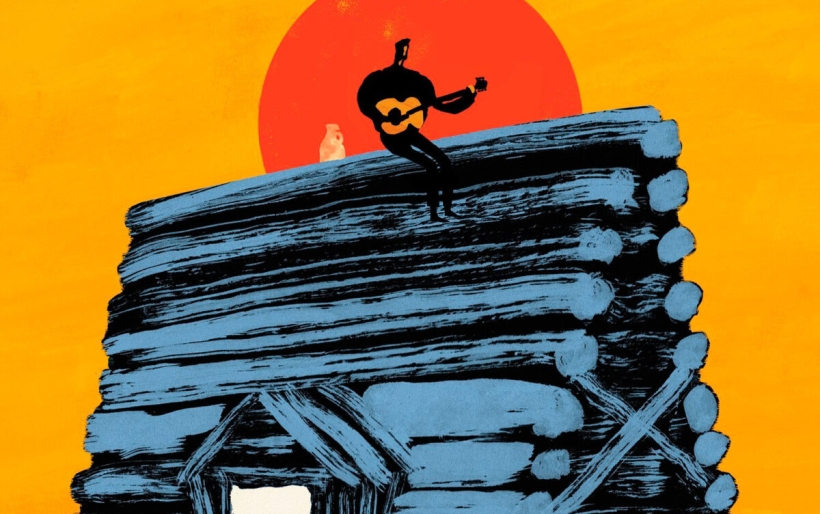 On Amos Lee‘s fifth studio album, Mountains of Sorrow, Rivers of Song, the Philadelphia songwriter hit the road with his band and headed down to Nashville, Tennessee to record. As we’ve seen and heard with Amos before, he soaks in his surroundings. The results on Mountains of Sorrow showcase that unmistakable, soulful voice with the twang turned up on a collection of songs that would make ‘Music City’ (as well as Philadelphia) proud.

As you listen to Mountains of Sorrow, you have to credit Amos and his band for continuing to explore new musical territory with each new album. You could deem this a ‘country’ record (and you wouldn’t be wrong). But despite labels or genres, Amos embraces and executes with great engagement. He’s right at home on powerful, must-listens like “Stranger” and first single “The Man Who Wants You”. With the help of one of Nashville’s top producers, Jay Joyce, Amos was able to recruit some truly incredible musicians to help make Mountains of Sorrow pristine. Just listen to “Chill in the Air” and allow yourself to be draw in as Amos and Alison Krauss sing side by side. Same for the title track, “Mountains of Sorrow”, which see’s Patty Griffin sitting in.

You can also add musicians Jerry Douglas (Alison Krauss) and Jeff Coffin (Dave Matthews Band) to the folks who help round out the album and make Mountains of Sorrow what it is. But just like the past four albums, it’s really about Amos – as a singer and as a songwriter. His work is always surrounded with a warmth and a sensitively that’s made him such a desirable songwriter to listen to and apparently to work with as well.

Amos Lee’s Mountains of Sorrow, Rivers of Song is WXPN’s featured album of the week this week. On Wednesday, November 27th, XPN Welcomes Amos to The Tower Theater with opening acts Mutlu and Deathfix. Tickets and information can be found here.