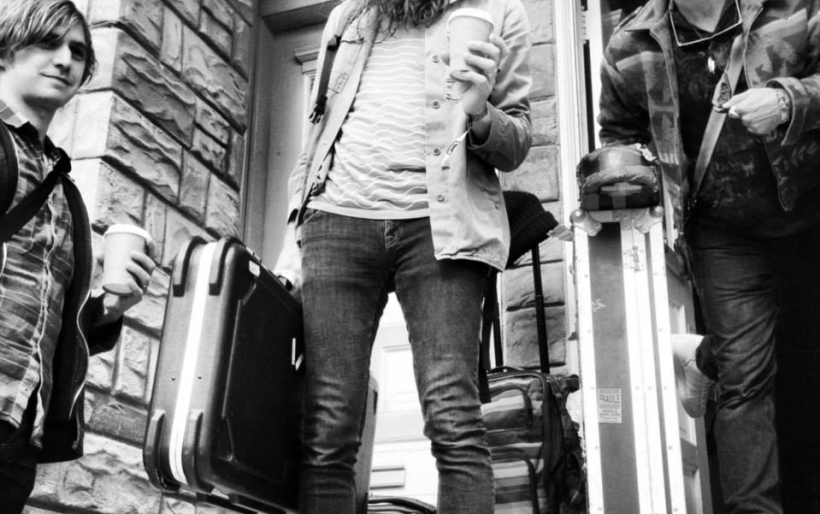 Going back about ten years, Kurt Vile wasn’t an international indie rock star, a critically acclaimed artist, or even a singer with a band necessarily. He was just a dude who liked to record weird music with his friends. One of those friends was Massachusetts musician Robin Robertson, a former member of The Violators who now performs as Sore Eros, and an EP they laid down in the early aughts is being re-released by Care In The Community Recordings this fall.

It’s called Jamaica Plains, also the name of a neighborhood in Boston where Kurt lived between 2001 and 2003, and a track from it was premiered on Stereogum this afternoon. As compared to the layered and intricate guitar rock of this year’s Wakin on a Pretty Daze (or the propulsive guitar rock of Kurt’s 2009 Matador debut Childish Prodigy), this is a very sparse affair, a meditative mix guitar, synthesizer and a very veerrrrry slooooooow drumbeat. Give it a listen below. On the one hand, it’s nice and sublime. On the other, we’re super glad Kurt has The Violators as a backing band to rock out with now as well. They headline Union Transfer on October 26th (tickets and info here); Jamaica Plains is out on November 4th.