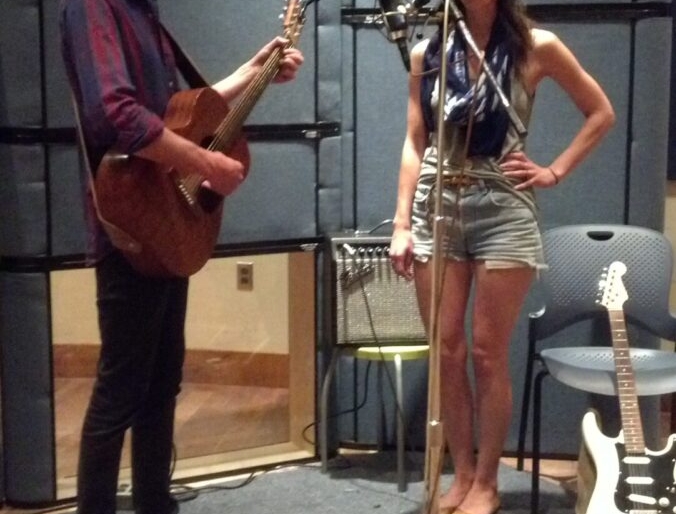 You can really feel the season changing now in Philadelphia; the days are shorter, the wind bites colder, the mornings are brisk, and the evenings are extra dark, but even still we haven’t fully left the warmer weather. Light and warmth cling on and cause a body to shed some layers of sun-heated clothing in the noontime, but those times are slipping, giving way to autumn. It’s during these warm but tempered midday periods, halfway between what just was and what is to come, that I feel a blend of happiness and melancholy, I’m rife with expectation, but also nostalgia. It’s confusing existing in the in-between.

This week, we’ll hear from our friends to the north, Vancouver’s Bob and Brian Sumner, together known as The Sumner Brothers. While their recorded work, particularly their latest release I’ll Be There Tomorrow, brings to mind classic Americana and alt-country heroes like Willie Nelson, Merle Haggard, Townes Van Zandt, or more contemporary like Son Volt or Drive By Truckers, our Folkadelphia Session is cut from a different cloth. It’s more of a stripped back, threadbare, casual affair, but colored by that same in-between feeling we’re experiencing in this halfway season. Though we recorded this one back in late June, we hung onto it for the right time, a time that matched the mood of the session. Now here we are, feeling a tired thankfulness, a joyous sorrow as we sip our pumpkin-spiced lattes and Mexican hot chocolates with mint flavoring, looking out the window between decorative gourds. Let’s let the Sumner Brothers’ songs wash over us and see where we end up.

Fittingly, the siblings covered Billy Joe Shaver’s “Ride Me Down Easy,” a song about a wayward soul between this world and the next, existing in that in-between season.

The Sumner Brothers recorded this Folkadelphia Session before their show at the Don’t Tread On Me House space which also featured our buddies (and former Folkadelphia sessioneers) Morning River Band.