Unlocked: The Key's Review of Cool Cool Cool by The Lawsuits - WXPN 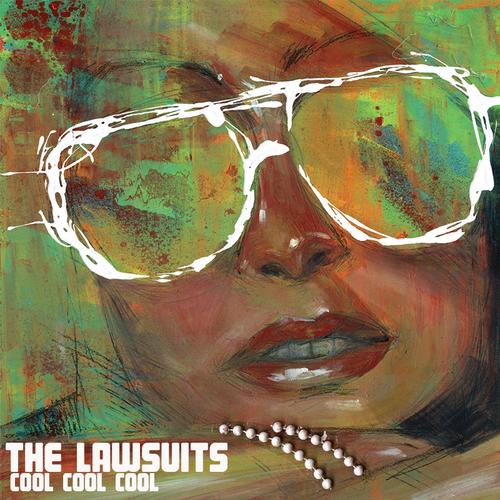 Unlocked: The Key’s Review of Cool Cool Cool by The Lawsuits

When The Lawsuits swung by WXPN this spring to record a Key Studio Session, they performed a track that we didn’t release. Not by my choice, necessarily – I thought it sounded great. But the band went through four or five versions of the poppy and anthemic “Arts and Crafts,” stopping each time to breathe heavy sighs and say “no, no, that’s not working, let’s try it again.”

“What’s not working?” I wondered aloud in the control room, not picking up on whatever nuanced flub or minor shortcoming the ‘Suits were stressing out over (note: this happens all the time with any number of artists). Their manager Bryan Schreck looked at me and simply said “Wait till you hear how it sounds on the album.” Though it seemed like a solid performance to me, the band had only just begun working out how to play the song live, and they wanted something that captured its uplifting vibe. And though I didn’t quite get it at the time, they were right.

“Arts and Crafts,” the opening track of their new Cool Cool Cool LP, sounds intricate and tremendous. Its big guitar chords unfurl over a staged sample of a creative arts workshop (that’s the wife of producer Bill Moriarty doing the narration), and then we dive into the storytelling verse. Singer Brian Dale Allen Strouse gives his take on a sensitive and introspective character beginning another year at school: “I think the teacher really likes me / this could be the year I really get lucky.” He’s got a surreal slap-back echo on his voice, and the song rumbles to a big refrain, a ringing guitar-lead amid a stream of harmonizing oohs and aahs: “Hey, here we are, gather ’round, gonna make it stick.”

It’s ecstatic. It’s something I can imagine in so many different contexts – alt rock radio in the late 90s sandwiched between Semisonic and Marcy Playground, the opening credits of a John Hughes movie from the 80s, the trailer of a Freaks and Geeks esque TV series today, a story of misfits and creatives trying to find their way in the world. It also shows just how far The Lawsuits are able to stretch their range on their full-length debut.

As we mentioned yesterday, the band got lumped into the alt-Americana world for a long while, between the truckstop rock of the Hot Love EP and the mysterious folk of its followup, Numbers. They weren’t necessarily keen on it – sorry if any of that was our doing, gang – and they handily use this album to show what else they’ve got in store. There’s swinging 50s pop (“Anybody’s Girl”) and soaring gospel (“You Won’t Love Me If You Don’t,” which vocalist Vanessa Winters totally slays). The quirky “Onion” moves around in Beatles territory, but has a definite reggae undercurrent. Notes of jazz blend with pop via the clarinet accents of “Dreaming #26” and the slinky, mysterious vocals on “Long Drive Home” (another Winters lead cut).

And of course the band showcases its power alley – roots / country / folk – in plenty of spots, like the rousing “10 Cent Piece” and the expansive, chill-inducing “Odd Like a Hymn (Flies in the Butter)” – which is about the closest this band gets to sounding like The Band. The latter is a fine show of another side of Strouse’s songwriting – sure he does character sketches expertly, but he also dives deep into Dylan-inspired free-association: “We drove out across the New Jersey gutters / from the wheels to the backseat, it was produced in Detroit.”

If the album has a shortcoming, it’s that it perhaps tries to do too many things. Even though it does these things well, and mixes them up in a way that’s cohesive – this is thanks to Moriarty’s production establishing a consistent tone from track to track – in the end, the focus is perhaps not as sharp as we’re likely to hear on the band’s subsequent albums.

But that’s okay; that’s what discographies are all about. The Lawsuits have proven themselves as powerhouse songwriters, and a tight performing unit. They’ve established their mastery of the Americana world, and shown that they’re adept at a host of other styles under the broader rock umbrella. And even though what Cool Cool Cool captures is a young band still in search of its voice, the journey is a delightful thing to listen in on.

Cool Cool Cool is the featured album in this week’s installment of Unlocked; get a free download of “Dreaming #26” in yesterday’s post, and check back later this week for an interview, a video and more.