Unlocked: Going inside the lively world of The Lawsuits' "Love Is Weight" video - WXPN | Vinyl At Heart 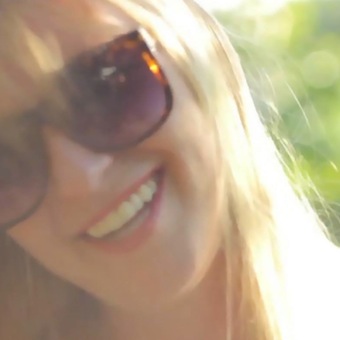 Unlocked: Going inside the lively world of The Lawsuits’ “Love Is Weight” video

It feels a bit strange, during this week that we’re spotlighting The Lawsuits‘ new album Cool Cool Cool, to bring you a video for a song that’s not on the album. But “Love Is Weight” is absolutely important to highlight in our survey of the Bucks County bred rock five-piece for two reasons. One, it’s the most recent music video they made – the song was recorded this summer at the Converse Rubber Tracks studio, and the video premiered on Paste last week. And two, it captures the band, its personality and its camaraderie perfectly.

Shot and directed by Matt Smith of HotBox Studio, the video shows us The Lawsuits at a multitude of different events on a multitude of different sunny days – a perfect compliment to the song’s sunny day pop. “Everybody has a different opinion of who The Lawsuits are, what we sound like,” says singer-songwriter Brian Dale Allen Strouse. “And we figured, no matter what your take on us was, this song was going to fuck with you.” Not because it’s dissonant or distressing – it’s actually probably their easiest song to get into – but because it’s yet another style of music skillfully tackled by this eclectic band, and because it’s so straightforward.

Originally the idea was to film friends and acquaintances of the band wearing headphones, capturing their reaction as they listened to “Love is Weight” for the first time. That idea was quickly scrapped, and instead Smith decided to use the visuals as a reflection of the music – bright days in Penn Treaty Park with the Ben Franklin Bridge spanning the background, close cuts of the band in their tour van, an extended segment set at the Caravan Music Festival that begins around 1:52.

You get a sense that the video has a road trip narrative – the ‘Suits piling in their old beater van, popping a mix in the tape deck since the van is so old it still has a tape deck, singing along on the long drive to Maine. And when they reach the campground, they’re out on the grounds, mixing with their friends and fam, singer Vanessa Winters pulling some 90s dance moves (1:56), drummer Josh Friedman psuedo-seductively soaping up as he washes off in the lake (2:10). You can see in their eyes and interactions the friendships, the fun and the energetic vibes that makes their music what it is. Check out the “Love is Weight” video below,

Cool Cool Cool is the featured album in this week’s edition of Unlocked. Download “Dreaming #26” in Monday’s post, read Tuesday’s album review and check back tomorrow for our interview with the band.