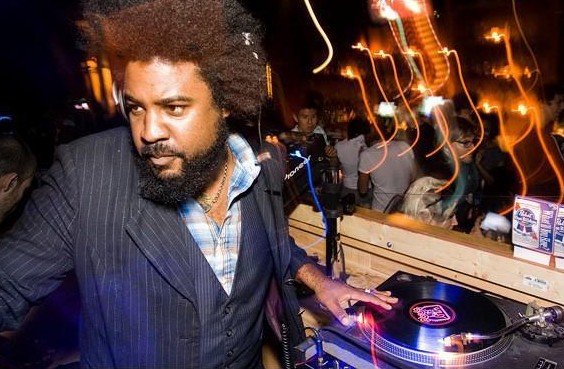 Ralph Darden returns to his hometown as Major Taylor tonight, DJing a set at Silk City‘s Workout party.  Now based in Chicago, Darden fronted punk / reggae outfits Franklin and Jai Alai Savant in the nineties and early 2000s, but has since turned his talents towards throwing wild DJ parties like the one tonight.  He’s known for linking together an eclectic rundown of tracks, tossing in everything from reggae to punk to hip hop (he once noted that he wants “to play Tribe Called Quest and Rod Stewart”).  You can check out Major Taylor at Silk City tonight alongside Bo Bliz and Low Beezy.  Below, watch a video of Darden DJing a New Years Eve party in Chicago.