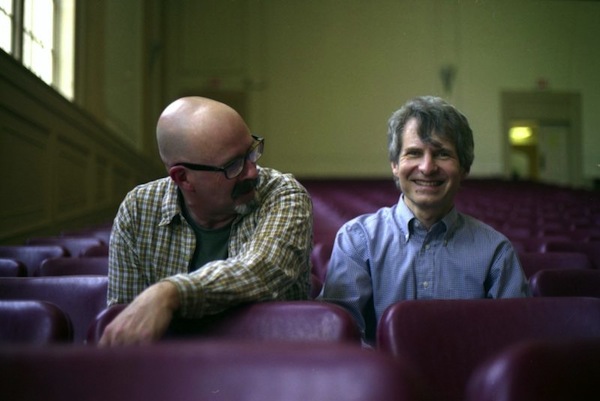 Peter Holsapple and Chris Stamey, who formed the legendary jangly, power pop group dB’s back in late Seventies, are performing one of their best albums, 1991’s Mavericks, in its entirety, on Thursday, December 5th at World Cafe Live. While the duo’s records together in the dB’s received critical acclaim over the years, Mavericks is their best release together. Marked by it’s more quieter and acoustic based songs, the album – referred to as “semi-acoustic post-new wave pop for grownups” by AllMusic – rightly hits the mark. Save for a cover of a Gene Clark’s classic “Here Without You,” the band traded out some of the power, but kept true to the pop on excellent original songs like “Angels,” “She Was The One,” and “Geometry.”