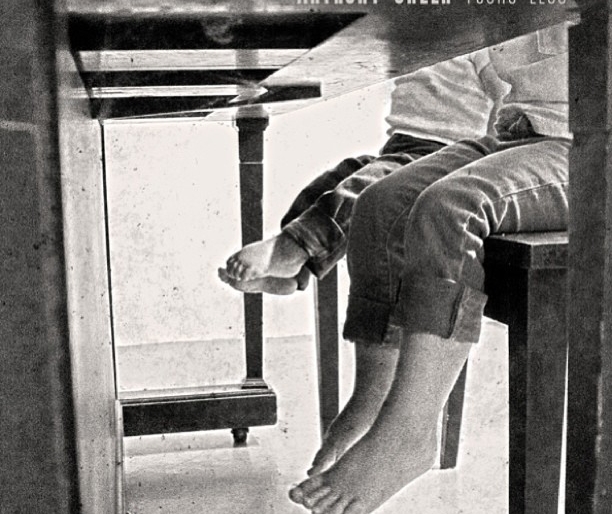 Unlocked: The Key’s review of Young Legs by Anthony Green

Up until now, Anthony Green’s solo records have been seemingly autobiographical.

The release of 2008’s debut Avalon, featuring tell-all tracks like “She Loves Me So” and “Babygirl,” coincided with his marriage to wife Meredith. Last year, Green celebrated the birth of their first child on Beautiful Things with songs like “James’ Song,” named for his son; “Love You No Matter What,” which paints a pretty clear picture of parenthood; and “Lullaby,” which features the chorus from which the album title is derived.

One would think he would continue this autobiographical streak on Young Legs, Green’s third solo record released a day ahead of schedule Monday to the surprise of fans. But instead, Green chose to write the entire record from other peoples’ perspectives — only letting little pieces of himself bleed through lyrically, and providing a distancethat won’t make listeners feel quite the same warmth that Green created on his first two records.

This new dynamic should in no way be construed as a bad thing. Instead of stating it outright, Green allows people to get a sense of where he is at this point of both his personal and musical life throughout the instrumental decisions made on Young Legs. It’s more mature, piano-driven rock music with unexpected influences throughout, showing that Green is more than just the Circa Survive frontman, the punk rock artist, the husband, the dad, and definitely, more than just the guy with a guitar.

All of his solo material is intricate, but Young Legs is the first time fans can really find Green stepping out on an experimental plateau. Not only does the writing feel different, production is also amped up in quality and with greater variation from Green’s vocals.

Opening track “Breaker” sounds like it could be featured on a Circa record…maybe. But would be an outlier with dramatic, dissonant piano chords and Green’s voice soaked in reverb, moving through spacey, eerie concepts and breakdowns. The album’s title track then provides a self-proclaimed “haunting” edge from Green, complete with flourishes of strings and layers of vocals that are, at times, only echoes of what is usually his crisp, clean, powerful voice.

The chorus of the more up-beat “100 steps” once again showcases Green’s signature high register, and the short interlude “Too Little, Too Late” goes back to his roots with sole acoustic instrumentation. “Anytime” has a laidback feel and an island groove, with the simple repeated chorus of “Anytime you want me, I’ll be there / Anytime, anytime child.”

Young Legs rounds out with “Shine,” a stand-out track with its prominent bass line and a choir-like chorus, and “You Have To Believe It Will Happen,” in which Green sings, “Love will come again when you need it most / Nothing happens when you’d expect it to.”

A record quite like Young Legs is not one you’d necessarily expect from Green, but the risks that he took are respectable. In a way, the decisions he made makes Young Legs even more universal, and able to be appreciated by a whole new variety of music lovers.

If Avalon was for his wife and Beautiful Things was for his children, it feels like Green wrote Young Legs just simply for the sake of music itself.

Young Legs is the featured album in this week’s edition of Unlocked. Get a download of “I’ll Miss You” in yesterday’s post and check back all week for a video, an interview and more.