Philly pays tribute to The Last Waltz for a sold-out Troc crowd, raises money for education

Saturday night’s Philadelphia tribute to The Last Waltz was a great idea coupled with precise execution, and the cooperation between the performers and the organizers was extraordinary.

In front of a totally packed Trocadero this past Saturday night, the event looked and sounded fantastic. The core band of Jim Boggia, Pete Donnelly, Adam Flicker, Kevin Hanson, Andrew Lipke, Nate Graham and Matt Muir was just wonderful. Donnelly took center stage for many of The Band song vocals, beginning with a fantastic rendition of “Don’t Do It” to start the evening. This core band was positively ferocious throughout. Muir is such a great drummer, and nobody had more fun throughout the evening than Jim Boggia, who just couldn’t wipe the smile off his face. 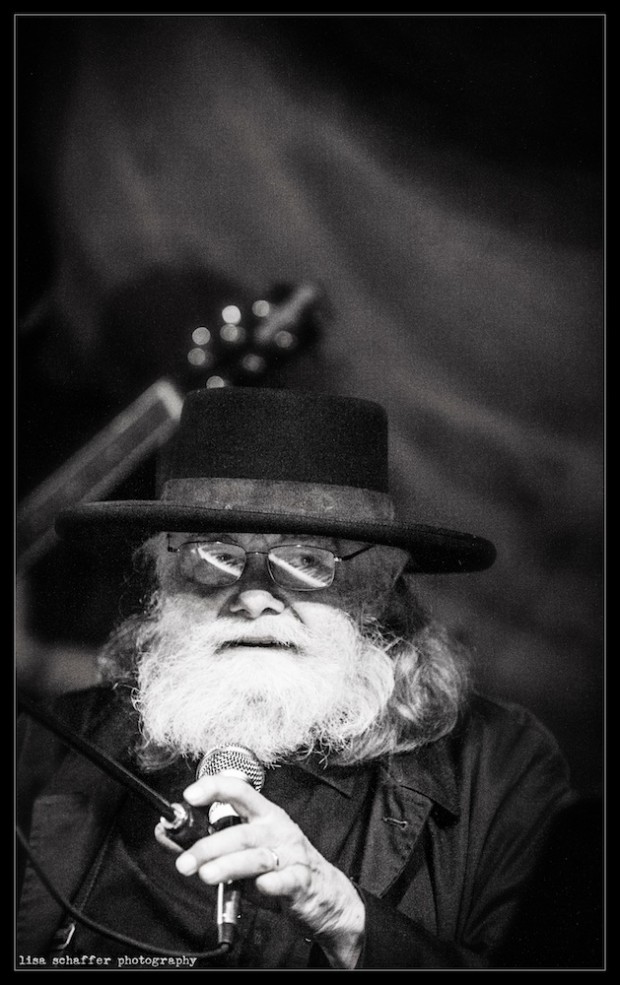 Calling up the special guests as they went along, a few dozen different musicians (including a stellar horn section led by the very talented Jay Davidson), participated throughout the evening. There honestly wasn’t a bad rendition all night, and some of the highlights included Alec Ounsworth ( of Clap Your Hands Say Yeah) on “Helpless”, Cowmuddy’s way spirited “Up On Cripple Creek”, Ben Arnold – perfectly cast – absolutely killed Dr. John’s “Such A Night”, and Joey Sweeney and The Long Hair Arkestra’s version of “The Night They Drove Old Dixie Down”.

The most pleasant surprise of the night was a ridiculously soulful take of Van Morrison’s sublime “Caravan” by a guy named Casey Parker (please… somebody get me some more info on him!). And The Band’s Garth Hudson was the guest of honor! His appearance certainly added to the authenticity of the evening, and the audience was enthusiastic throughout.

This sold-out event, with over 1,000 people in attendance, raised thousands of dollars for four Philly organizations with a focus on education. One of the organizations, the student rock band H.O.M.E. at South Philly’s Andrew Jackson School, performed in The Balcony Bar during the night. 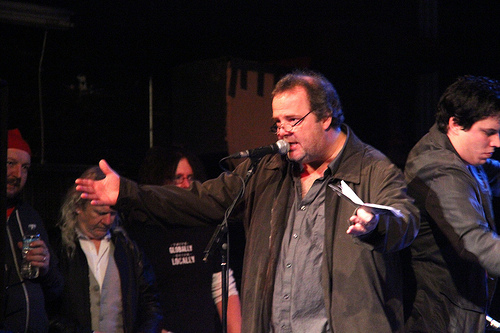 After the show, Wesley Stace, who played the part of Bob Dylan and The Canterbury poets said “It was a great and magical night that showed us both The Last Waltz and Philadelphia in all their musical glory: so pleased they ask me to be Bob (and the poets)!”

I hate to gush this much, but it was just so much of a fun, successful evening. I can’t wait for the next idea organizers Lipke, Hanson, Fergus Carey, and Bryan Dilworth come up with. Count me in to help, whatever it is…

Below, check out a gallery of photos from the show, and watch a video of “The Weight.”