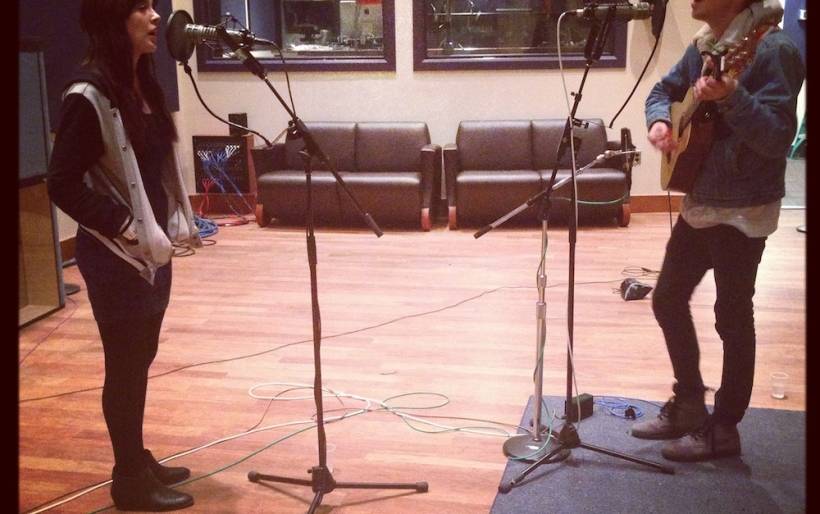 Poppy Portland indie group Dresses released a terrific album on SideOneDummy Records this year called Sun Shy; its nine songs were filled with Rentals-esque synthesizers, delightful harmonies and lots of energy. The band toured this fall as a four-piece, but singer Timothy Heller (left) and guitarist / ukelele-ist / singer Jared Ryan Maldonado (right) are the core duo, and when they stopped at WXPN to record an Indie Rock Hit Parade session while they were in town opening for The Limousines at MilkBoy, they decided to take their set back to its basics. Stream and download their four-song acoustic performance below.