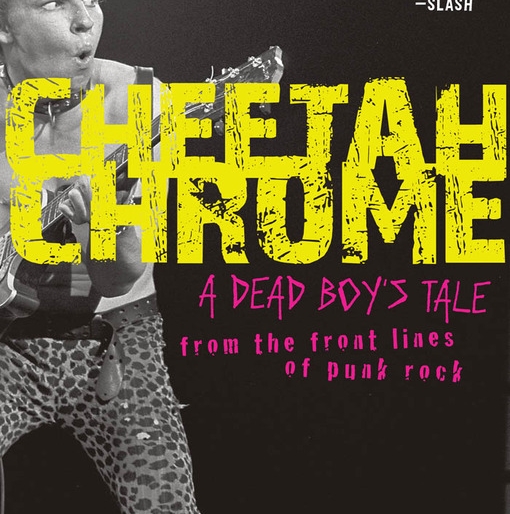 Cleveland punk rock icon Cheetah Chrome of The Dead Boys is very much alive and kicking, between his 2010 memoir Cheetah Chrome: A Dead Boy’s Tale From The Front Lines Of Punk Rock, his first-ever solo outing – aptly titled Solo – released in fall of 2013, and most recently, his contribution to You Don’t Know Me, a tribute compilation of songs by country music legend Eddy Arnold.

WXPN’s Dan Reed is a Cheetah fan, and on Tuesday the 7th of January, had him call into the XPN studio for an on-the-air interview. Listen to the entire interview below, and then after the jump, check out Chrome covering “What is Life Without Love” by Arnold and watch a vintage performance of The Dead Boys classic “Sonic Reducer.”