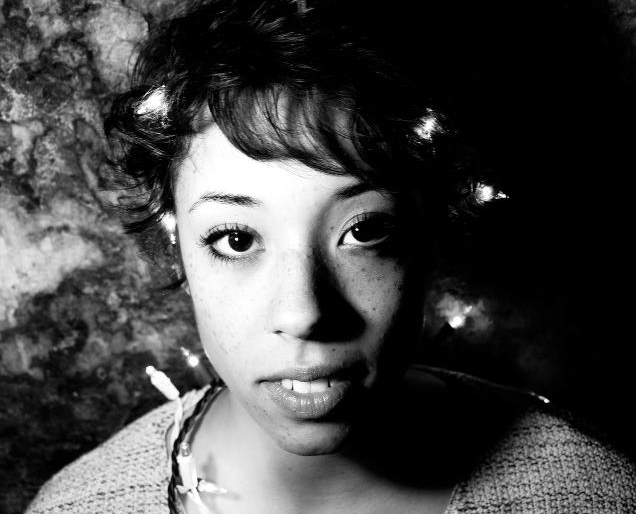 In 2012, she lended her voice to local hip-hop artist Kenneth Sullivan’s single “Pilot Gear”. Now the Paris native (who is currently Philadelphia-based) is back with her new record Catharsis, which begins with a slow thesis statement of sorts which features a pitch-altered Fouse admitting: “I feel like I can’t relate to the way you want me to feel like”, on the aptly titled “This Is Why I Make Music.”

It’s an interesting commentary on our intrinsic expectations of emotional expression, and it’s clear that Fouse has felt some type of disconnect with/from said expectations which is why she makes music. Then she opens up on the slightly more upbeat “Let Me Live It” as she soulfully pleads “let me live it [my life], let me live it”, giving her voice its first real chance to shine on the record. Things get more introspective and pensive on the fleeting “Fascinated” (it’s only a minute and a half) and “My Tempo”.

Album highlight “Hey Ya (Cover of a Cover)”, is (as partially explained by the title) a cover of Tyler Krug’s arrangement of OutKast’s 2003 hit “Hey Ya!”. Fouse’s rendition is more beat-driven and soulful then Krug’s but still resonates as a dreamy deconstruction of the grand OutKast original. She then digs deeper into the peaceful, meditative vibe with “Melody of Silence” and “Orcana”, which both feature minimal instrumentation and Fouse’s vocal harmonies. Vulnerability colors her words as she sings “I’m an emotional mess, you say, but now you’re riding my waves” on “Waves.”

She’s caught in rare form on “Detainment” when she raps: “I’ve got no control, all I can do is sing”, then suddenly soars at the highs of her vocal range. Lastly, “Can’t Sleep? Make Music” sounds like the ambient, acapella equivalent of Coldplay’s vibrant “Chinese Sleep Chant” before the beat comes in halfway through. Overall, Catharsis finds Ganou flexing her vocal chops while her production skills showcase the beauty and power of music’s quietest moments.