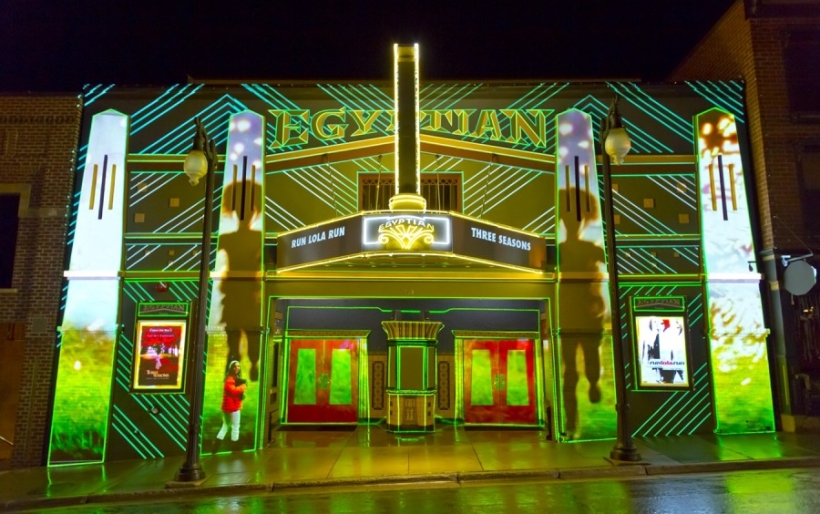 The Philadelphia music scene is being represented by two delegates at the Sundance Film Festival this year, which takes place in Park City, UT through January 26th.  Local musicians Will and Brooke Blair, also known as the Blair Brothers, will be taking their score for Blue Ruin out to the convention. Meanwhile Philadelphia production group Klip Collective – whose lively visuals have accompanied performances by Sun Airway, Mahogany and more – was tapped to create a Festival trailer that will screen before each film.

After their synth-pop band East Hundred parted ways, the Blair brothers began composing a score for childhood friend Jeremy Saulnier’s revenge / thriller film, an opportunity they were well-equipped for, having previously worked with the Brooklyn director on a number of short films and commercials.  In an interview with The Key in 2012, Will Blair discussed the partnership between the musicians and the filmmaker, which was seeded by the oldest Blair son, Macon, and his creative group of friends.

Blue Ruin tells the story of “a drifter from the eastern shore of Virginia who returns to his childhood home with plans of revenge that go horribly awry.”  It was screened in the Spotlight portion of the Sundance Festival, having earned the FIPRESCI award at the 2013 Cannes Film Festival and showing at Toronto and Marrakech Film Festivals.

Klip Collective is a Philadelphia-based creative agency that specializes in projection mapping, the art of projecting digital images on to found objects and spaces.  The studio has worked on campaigns for the Philadelphia Flower Show and Temple University as well as in collaboration with artists like Kurt Vile, Sun Airway and Frankie Rose.

Having participated in the Sundance Film Festival twice already, the Festival’s curators asked Klip to create a trailer in honor of its 30th anniversary that will be projected and screened.  From Klip:

The 3D video-mapped narrative features clips from iconic films including Reservoir Dogs, Clerks, Little Miss Sunshine and Beasts of the Southern Wild projected onto the exterior of the Egyptian theatre. Klip created the site-specific projection map to highlight the architecture of the Egyptian not only as the canvas, but also as the inspiration. Incorporating certain parts of the theatre façade into the narrative, the history of the Festival’s three decades rolls on before viewers’ eyes in all its projection splendor.

The collective has also contributed an installation piece called “What’s He Projecting in There? (The Projectionist),” which salutes the “unsung hero of cinema.”  Check out teasers and trailers for the projects below, and view more of Klip Collective’s work here.