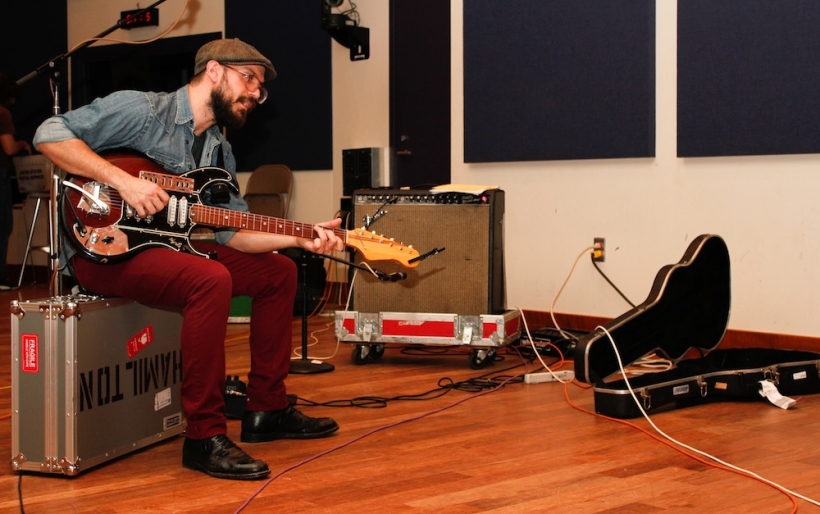 When love is lost, drink and dance: American Babies release video for “Goddamn”

Psychedelic jam band American Babies – led by prolific guitarist and Philly native Tom Hamilton – have released a soulful (and admittedly somewhat sad) video for “Goddamn”, a track off of 2013’s Knives & Teeth. The all-too-real ode to when love goes wrong and relationships go awry is brought to life in the video by a visually distraught Hamilton, doing what we all do when doused in pain, the best we can. A cheery breakdown and sing-a-long help soothe the sting, and despite Hamilton’s honest telling of regret, one can’t help toe tapping to the tune.

With the release of Knives and Teeth last year, and an upcoming EP Stark & Red due out April 1, American Babies has hit the road on a four month tour with two stops in Philly: they’ll play Union Transfer 2/14 and 2/15 with Railroad Earth. Find tickets and info on each show here and here. Watch the video for “Goddamn” below.