Unlocked: Read The Key's review of You're Gonna Miss it All by Modern Baseball - WXPN 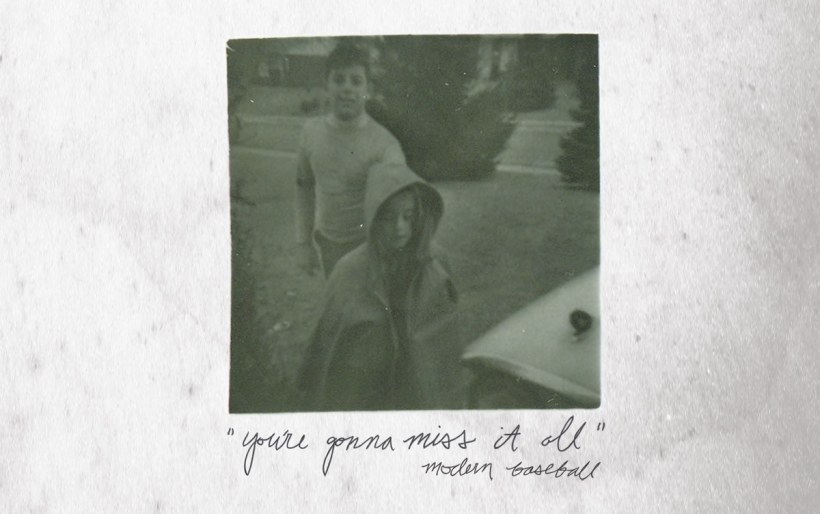 Unlocked: Read The Key’s review of You’re Gonna Miss it All by Modern Baseball

I tried to date a girl named Ilana in my sophomore year of high school.

By tried, I mean that we spent a lot of time together for a couple weeks right around midterms. I pretended to like Radiohead when we talked on AOL Instant Messenger (to win Cool Points with her) and she faked her laughs when I quoted Stella in her dad’s car (to shut me up, I guess). I knew she wasn’t into me; she was talking to another boy around the same time and I would often receive instant messages from her when he flaked on plans they made, hours after she cancelled our movie nights and
such. They ended up dating for a few years. It’s cool.

“I know that you just adore / Starting off with me / That way that there’s no
way that I’ll assume / That you’re wasting all of my time / To vent about your problems / Like how your Instagram stopped working / And how your friends bailed on you / But it was funny because it was the day you were supposed to hang with me.”

This is Modern Baseball’s biggest asset, this hypersensitive lyrical attention to detail, coupled with knowing their way around a tune, that made 2012’s  Sports, their first record, quickly resonate (especially with other 20-somethings). But Sports was pieced together rather haphazardly. Being fully preconceived from the beginning as a full band, You’re Gonna Miss It All improves on all of Sports’ charms and nuances.

Lukens and Jake Ewald have a far more even spread on songs this time around, splitting vocal duties roughly in half. Their voices are pretty similar – not too eloquent and a little heavy on the vowels (adorkable, some might say). This only characterizes the songs even further, like Ewald’s punchline-spitting punk scene frustration on “Going to Bed Now” or when Lukens pulls a rhyme scheme fast one on us on “The Old Gospel Choir”: “Breaking up never felt so cruel / And now I’m tired and now I’m dead to… / Me.”

Sonically speaking, the record strays a bit from the greatly acoustic-tinged Sports; the band’s sound is fully fleshed out, particularly in the lead guitars, aided with mixing from Jon Low and Will Yip. Some quieter moments can be found in “Timmy Bowers” and the gorgeous closing track “Pothole,” but You’re Gonna Miss It All is largely a much louder affair. When we piece it all together though, You’re Gonna Miss It All captures a moment in awkward and wide-eyed youth with such empathy and approximation that you kind of have to stop and wonder if all young people essentially experience the same kind of heartbreak and anxieties in the 21st century before realizing that, yeah, I guess they do, and it’s cathartic to hear them be expounded on in such a familiar way.

Modern Baseball excels in conveying these wild and restless feelings. Lead single “Your Graduation” documents frustration and mishandled romance so specifically that you’re right there dragging your feet against the pavement with Lukens, regardless of how many times you’ve done this before. (Speaking of “Your Graduation,” drummer Sean Huber – also of Steady Hands – might want to consider singing on Modern Baseball songs a little more often. He’s great here.)

Ewald mutters that he’s “not feeling lonely / I just like being alone” on “Two Good Things,” right before the ‘Ba-da-da-ba” chorus kicks in, and those nights spent in your bedroom instead of at the bar or at the show suddenly feel like victory processions. Inversely, the imagery in “Rock Bottom” of skipping class to hang out in bed with someone cute, ordering food, watching Planet Earth and brainstorming tattoos is really just a downright beautiful little moment. Because you are those kids. And if you aren’t, you were.

But maybe instances like these only resonate with an under 30 crowd – the Whatever, Forever generation that deals with text message etiquette, subtweeting and passive-aggressive Facebook activity as viable and very serious forms of relationship building and disabling. Regardless, it’s undeniable that the boys in Modern Baseball have carved their niche in the form of quirky, semi-pop, semi-punk songs that make loneliness, youth and confusion feel absolutely crucial to personal growth.

Or as Ewald hushly puts it on “Pothole:” I need the empty streets just as bad as they don’t need me.”

Oh, and if you’re reading this, Ilana: sup though.

You’re Gonna Miss It All is the featured album in this week’s edition of Unlocked. Download the song “Broken Cash Machine” in yesterday’s post and check back later this week for a video, interview and more.