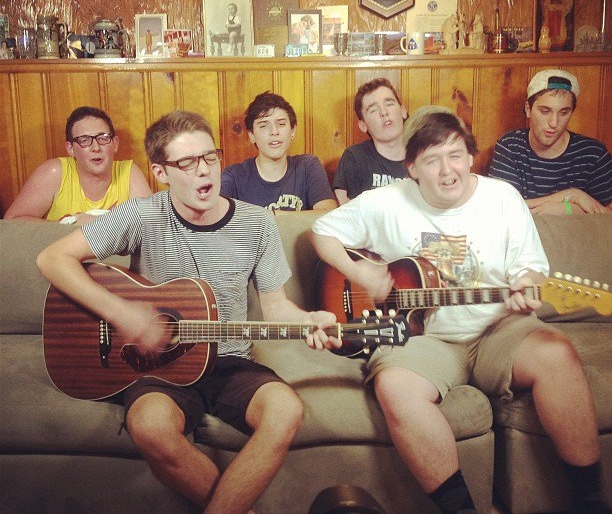 Unlocked: 8 tips on recording and producing your own album from Modern Baseball

So here’s a sort of little-known fact about Modern Baseball: they record and produce their
music themselves.

Local studio luminaries Jonathan Low and Will Yip pitched in on You’re Gonna Miss It All when the album reached the mixing and mastering stages respectively, but all the initial tracking was done by the band itself. Vocalist/guitarist Jake Ewald and bassist Ian Farmer are both students at Drexel University in the Music Industry program. That means they spend a lot of time learning the ins and outs of the recording process. We asked Ewald to share some tips on the recording process for other folks who choose to opt out on hiring an extra hand to man all the knobs and dials. Here’s what he had to say.

“As a pair of 20-year-old college ding dongs, we’d like to preface this by stating that we (for
the most part) still have no idea what we’re doing in the world of recording. But after recording the last two Modern Baseball records, it’s safe to say we learned a few things along the way. Here are some of the most important ones.” 1. BE HARD ON YOURSELF AND YOUR BANDMATES. “The funny thing about this one is that you don’t have to be mean in order to be hard on each other. As a matter of fact, there are ways to do it very nicely!  Regardless, this is probably the most important part of recording an album,” says Ewald. Giving a half-assed effort because you’re tired or hungry or both is reasonable but shouldn’t be acceptable, and it’s up to your friends/bandmates to keep things going at 100%.”You can only do so much in Pro Tools to cover up a sloppy or weak take! Use your time to its fullest and do something over if it doesn’t sound exactly the way you want. Give your homies that extra push they need to get the very best out of their playing, even if they get angry once in a while.”

2. FOCUS ON WHAT’S IMPORTANT. “Don’t waste a million hours on making sure one minute detail is perfect when in the end you’re the only person that can hear it,” says Ewald. “Give yourself some sort of restriction or limit on time to make sure you don’t get behind on the schedule. In the words of the magnificent Linkin Park, ‘Time is a valuable thing.’ Getting behind can limit your creativity and overall amount of fun you get to have making the record.” 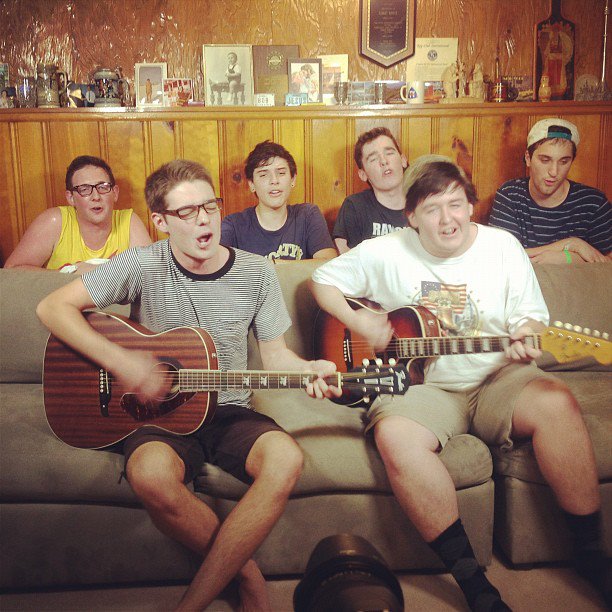 3. GET YOUR FRIENDS INVOLVED. Typically, if you’re recording on your own dime, there’s no room in the budget to hire auxiliary musicians. “If you have a friend who played violin in high school, buy them a beer or a burrito and ask them to do their thang on a track or two!” says Ewald. “If your friend down the street has a great voice but never gets to use it, ask her to harmonize with you on a few songs! Get creative, dawg. These little things add up and make for an interesting, dynamic album once it’s all said and done.”

4. SCHEDULE YOURSELF RESPONSIBLY. “When we recorded Sports, we were lucky if we got a studio session that wasn’t from 11 p.m. to 6 a.m. We were way too busy to be recording an album, but we wanted to do it. In the end, it was a great experience, but the wonky hours definitely hindered us in some aspects. We were perpetually sleep deprived and our playing was definitely not top-notch in those instances,” says Ewald.  Budgeting your time is important in any large project, especially one that requires numerous sessions that can last upwards of eight hours. “With You’re Gonna Miss It All, we scheduled daytime sessions, took lunch breaks, and knew when to say ‘let’s stop for the night.’ Of course there were great sessions where we got hella deep in the zone and cranked out the jams til the morning light, but it wasn’t every night. As a result, the recording process was far less stressful and way more productive.” 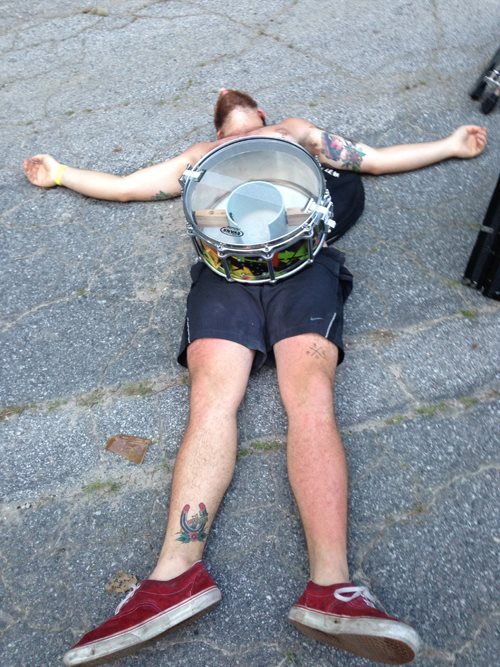 5.KNOW WHEN TO TAKE BREAKS. “Breaks are super super important,” says Ewald. “They make sure your ears and brain are fresh. Too much listening can make you forget exactly what the song sounds like. Go do something and get out of the room to fight the fatigue! Get a hoagie or cup of coffee or a kickin’ falafel sandwich. Food is good. It keeps people from getting irritable and frustrated too quickly. It’s also a good idea to listen to some other music every once in a while to have some sort of reference for how whatever you’re recording sounds.” Breaks from writing multiple features for a week-long assignment are also good.

6. GET WEIRD. “It’s comforting to stick to the plan, and it feels pretty darn good to say “Hey
I’m done!” once you nail your takes, but if time allows, don’t be afraid to try a little experimenting! If you think it could be cool to double that guitar track through a blown-out PA with a mic set up down the hall, go for gold dude. If you’re doin’ your thang in a big cushy studio, don’t be afraid to sing that punk part into your laptop microphone and throw some real grimy distortion on there. If you’re normally a pretty low-key vocalist but you’re done for the day and you’re not afraid to blow out your voice, trying yelling over top of that really angsty line. Or whisper over a line if you want to be a little creepy. Make the listener feel what you feel, ya feels?”

7. USE AND ABUSE EVERYTHING YOU HAVE. “Don’t be afraid to over crank amps and pre amps or to hit something (not a drum) with a stick. It’s all in the name of the record. You’re given an excuse to have some fun and bend a few rules, DO IT. Your daringness will show with a recording that stands out from the others. When we recorded “Look Out,” we had a ribbon mic in the middle of the room set up from something else and we just decided to completely punish it with the sounds of a loud drum to get that super distorted and robotic drum sound we wanted. It was totally unorthodox and dangerous, but the mic survived and we got the sound we wanted. So we won. In the unfortunate event that a piece of gear breaks, just remember – everything happens for a reason. You now have a new sounding piece of gear.”

8. BRING SNACKS. “And share them.” This is pretty self-explanatory. You’re Gonna Miss It All is the featured album in this week’s edition of Unlocked. Download “Broken Cash Machine” in Monday’s post, read Tuesday’s album review, watch a performance of “It’s Cold Out Here” in Wednesday’s post, and read Thursday’s interview. And if you have tickets for The Wonder Years’ sold out show at The Electric Factory this spring, get there early for Modern Baseball’s opening set.