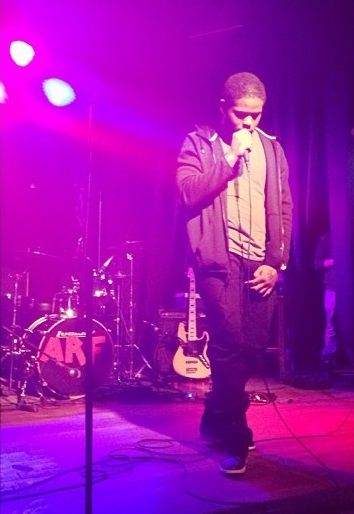 Philly’s Reek (aka Rookie McFly) was the voice of the lovelorn this past Valentine’s Day with his new release “Singing The Blues”.

Set to appear on his forthcoming F.a.n.T.a.s.Y LP, the track is built around a rich old school soul sample over which he laments in a style similar to Jay-Z’s “Song Cry”. About halfway in, we get a bluesy guitar riff and by the end Reek somberly concludes that “love is misery.”

The Philly MC and producer is relatively new to the performing end of the game; he played the Philly Sound Sessions show at Voltage Lounge earlier this month, and then on Monday night hit the stage at The Barbary, performing with Astronauts Really Fly (check the photo at left via Reek’s Instagram).

Check out the new “Singing the Blues” below.