What was most impressive about San Fermin’s 2013 self-titled debut album was the cinematic sweep of the songs. Penned by Yale music school grad Ellis Ludwig-Leone and realized by an ensemble of more than twenty musicians, the album is chamber-pop with a heavy stress on the chamber, familiar tales of heartbreak and loss writ large with grand, lush arrangements.

Ludwig-Leone can’t hope to recapture that sense of scale in a live setting – even if hauling a twenty-piece band from city to city was a viable option, the scaled-down eight-piece version that played Johnny Brenda’s on Monday night still had to crowd together on the stage. But rather than simply scaling down, San Fermin’s live show wisely shifts the emphasis from chamber to pop. On record, what impresses most is the achingly gorgeous arrangements; in person, it’s the dynamics that are captivating. 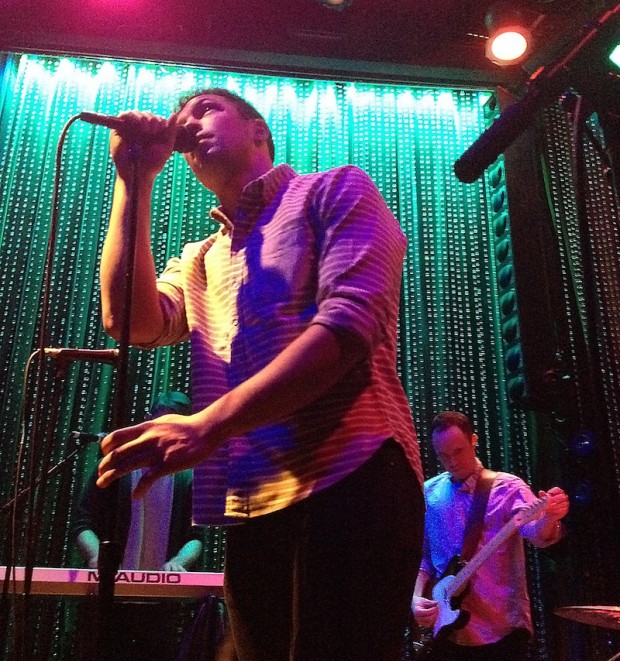 The sold-out show began, as does the record, with Tate’s morose baritone over Ludwig-Leone’s lonely piano on “Renaissance!” On the album, his lament is soon swathed in a swelling vocal chorus, which Cassidy can’t be expected to recreate alone, which seemed to portend a less rich sound. But the singer, barefoot in a black dress, reassured on “Crueler Kind.” She brings a musical theater sense of drama to the songs, making up for layered voices with impassioned vigor and contributing an engaging playfulness to the sometimes introspective material. 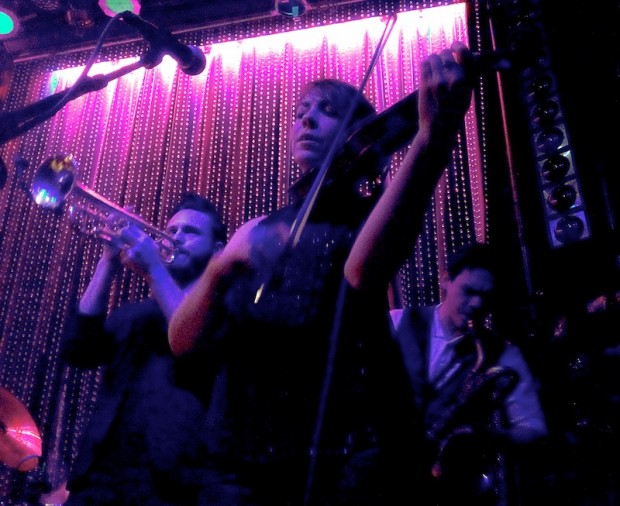 With the single, “Sonsick,” the live unit really cohered, with horn bursts that propelled the energy forward and really captured the room. From that point on the momentum was undimmed, even during a pair of new songs (the highlight was “Parasites,” which unleashed Durham for a country fiddle interlude over a throbbing pulse). The encore turned the spotlight onto Chen, first on the sudden snaking horn lines of “The Count” and then on a tricky, evening-ending cover of The Strokes’ “Heart in a Cage.”

Son Lux opened with a set that played with shifting dynamics in their own, less grandiloquent fashion. Clad in black and dancing manically behind his keyboards, Ryan Lott crafted ecstatic swells over staggered rhythms, or constructed echoing bird-call loops layer upon layer, building songs from stark minimalism to power-crunch clapalongs.