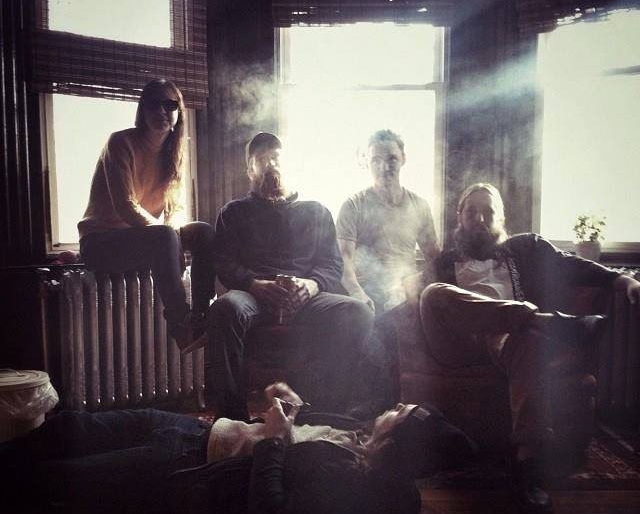 Creepoid has always kept an eye peering down the tunnel that doesn’t have a light at the end of it.

“Baptism,” the second single from the band’s forthcoming self-titled full-length LP, has a spiraling riff that drags you through the mire down to the water. Sean Miller’s vocals are equally soft and threatening, through immense reverb that doesn’t vibrate your skull as much as it occupies it.

But then the tempo drops out about half way through and it’s alarming. Something has changed. You’re no longer on the muddy shore, but in over your head, covered in cold water. Troxell’s snare drum and giant crash cymbals are waves breaking on top of you as you thrash for something to grab onto. This doesn’t feel like a baptism at all.

We’re exploring the new Creepoid all week long on Unlocked, The Key’s regular spotlight on new and significant albums from Philadelphia artists. Without giving away the rest of this killer, long awaited album – which hits the streets on March 4 through No Idea Records – you’ll have “Baptism” to start anew. Download it below, courtesy of the band, and check back for more all week long.