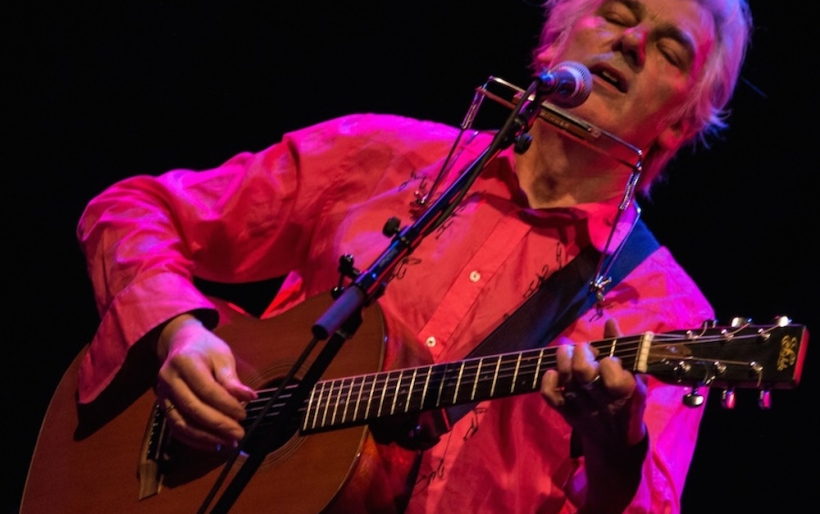 Last Monday at Sellersville Theater one of the most underrated musicians of the last 35 years graced the stage with his songcraft: Robyn Hitchcock. Playing on his 61st birthday, Hitchcock curated a set that spanned from his seminal, yet semi-unknown punk band The Soft Boys to his more recent solo and collaborative work. With only guitar and harmonica, Hitchcock delighted a half-full room with his intricate string work and songs that dig deep into the recesses of love, thought, and oddity.

A performer forever sealed in his own world, Hitchcock rarely allows the audience into his realm of stream-of-consciousness lyrics and stories. So when the crowd belted out “Happy Birthday” when he came on stage he did not bat an eyelash in response. He strummed the opening chords to “The Abyss” and dove right in. There were only a few fleeting moments when he directly engaged a crowd heavily made up of fans (as can be told for calls for songs deep into his catalogue like “The Yip Song”). Before unearthing The Soft Boys’ “Only the Stones Remain” he asked if someone had a harmonica for him, as requested on Twitter (a fan excitingly obliged). And then there was personal embarrassment for this writer when he commented on my camera’s loud shutter, asking if the camera was “eating a carrot” (the vegetable being a reference to an aside about evolution and what could have been).

The set was seemingly on what he termed “randomizer” as it was three nights previously in at Concerts in the Studio at Freehold, NJ. Plopped in the middle of the Sellersville main set was a glorious slow-burn cover of Leonard Cohen’s “Suzanne.” And there was the unexpected three song sequence from I Often Dream of Trains, directly from the album in order: instrumental “Heart Full of Leaves,” “Autumn is Your Last Chance,” and “I Often Dream of Trains.” (In Freehold he had played an even rarer swatch of three songs from Queen Elvis.) There were the entry points into his imagination as well, from how cheese is stored on the New Jersey Turnpike for his indulgence, leading into “The Cheese Alarm.” Or there was the linking of the realms of Frank Sinatra and Dean Martin and wheelbarrows to his peculiar masterwork “My Wife and My Dead Wife.”

The set was heavy on the strange corners of love, from “My Wife and My Dead Wife” to “Museum of Sex” to “I’m Only You.” The appearance of the latter is the lyrical highlight of any show for this critic. “I’m a house that burns down/Every night for you” is the crystallization of Hitchcock’s imagination in verse; he unlocks feelings in a unique way every time you hear them. And to conclude with an encore from his “record collection” including his staple inspiration Bob Dylan (“4th Time Around”) and an odd ending in David Bowie’s “Soul Love” demonstrates his reverence for those who have influenced his views on the heart and the world at large.

To experience Robyn Hitchcock live is to witness all the best of rock and roll. May his journeys, which have not brought him to Philly proper in three years, intersect with yours so you too can engage with his majesty in all of its quirks, emotions, and glory. 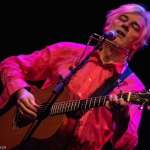