From Behind The Barricade: The Wonder Years tour kickoff had the Chameleon Club pulsing with energy - WXPN

From Behind The Barricade: The Wonder Years tour kickoff had the Chameleon Club pulsing with energy
Artists

From Behind The Barricade: The Wonder Years tour kickoff had the Chameleon Club pulsing with energy

Last Thursday, The Wonder Years dropped by Lancaster’s Chameleon Club to kick off their U.S. spring tour along with Philly’s Modern Baseball, midwestern crew Citizen, and Detroit’s Fireworks. Never having been to a pop-punk show before, everyone assured me that I would have a lot of fun. But “fun” didn’t prepare me for the craziness of the crowd that night. 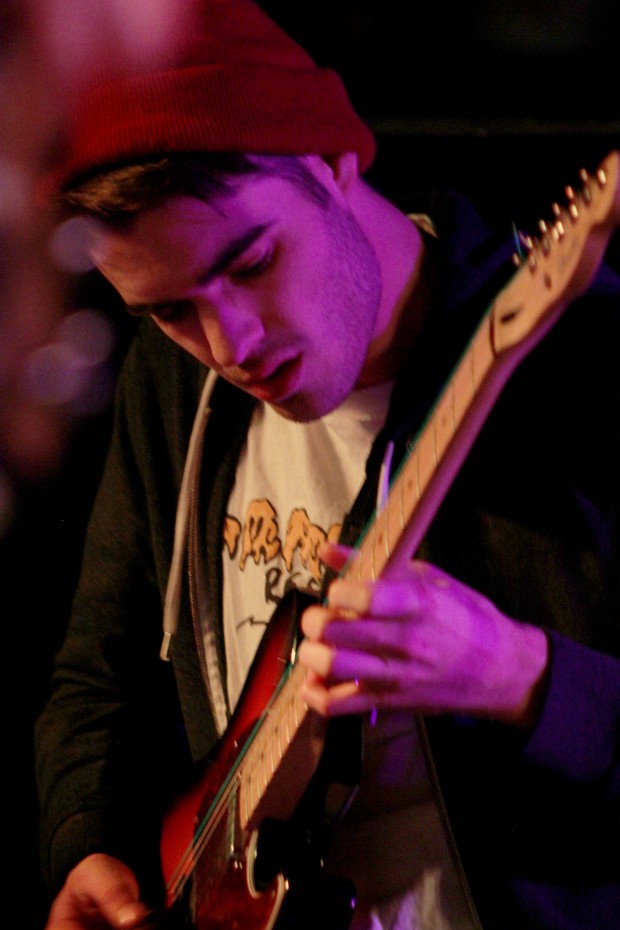 Modern Baseball began the five hours of punk rock madness with a few tunes from their February album You’re Gonna Miss It All. With a full crowd singing along to almost every song and a few early-bird crowd surfers, the quirky quartet warmed up the three-tiered sold-out venue with a more professional power-pop sound than their endearing 2012 release Sports.

Citizen ran up next with a more aggressive approach. Three security guards joined me behind the barricade, as more and more of the crowd was getting comfortable making their way to the stage atop their fellow rockers’ hands.

Delivering angst-ridden vocals, frontman Mat Kerekes thrashed about the stage with some favorites from their 2013 release Youth like “Sleep” and “Speaking With A Ghost.”

Fireworks took the stage with a performance more explosive than their name. From start to finish the crowd was pulsing with one another’s energy. (I was asked to leave the photo area as two more security guards rushed in to catch the people pouring over the wall.) 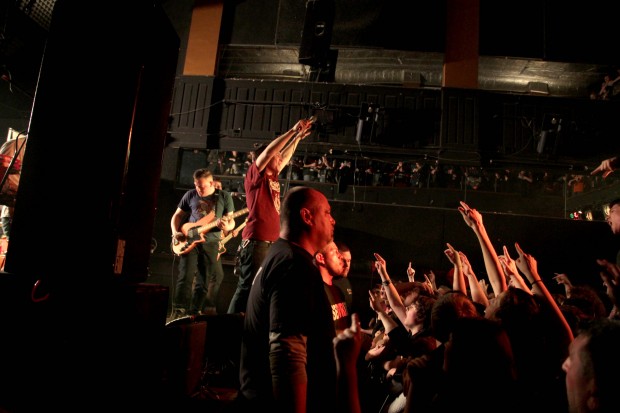 Kicking up the mood a few notches as a modest mosh pit erupted, the thrashy quintet opened with new song “Glowing Crosses” off of their anticipated album Oh, Common Life Out (out March 25th)and finished with 2009 favorite “When We Stand On Each Other We Block Out The Sun” from All I Have To Offer Is My Own Confusion.

I really did not think that the audience could get more rowdy than they did during Fireworks’ set, but apparently I was wrong. When The Wonder Years hit the stage, it was instantly a ruckus on the floor. The crowd pushed harder. The crowd surfers came non-stop. Trying to get to the back of the crowd, I found out just how much the small mosh pit grew. The double balconies were roaring with excitement as Dan Campbell started off the set with “There, There” off of 2013 release The Greatest Generation. Running through a fantastic set at a venue he used to frequent, Campbell finished out the show with an encore performance of “I Just Want To Sell Out My Funeral.”

So “fun” did not prepare me quite enough for this show. I guess I had to just experience it. But now I know one thing…If I had to describe it, I would call it a cluster-cuss of pure intensity and energy.

The Wonder Years Setlist
There, There
Passing Through a Screen Door
Local Man Ruins Everything
Cul-De-Sac
The Bastards, The Vultures, The Wolves
Everything I Own Fits in This Backpack
Washington Square Park
Coffee Eyes
The Devil in My Bloodstream
An Elegy for Baby Blue
I Was Scared and I’m Sorry
Dismantling Summer
Don’t Let Me Cave In
Logan Circle
Came Out Swinging

Encore:
I Just Want to Sell Out My Funeral