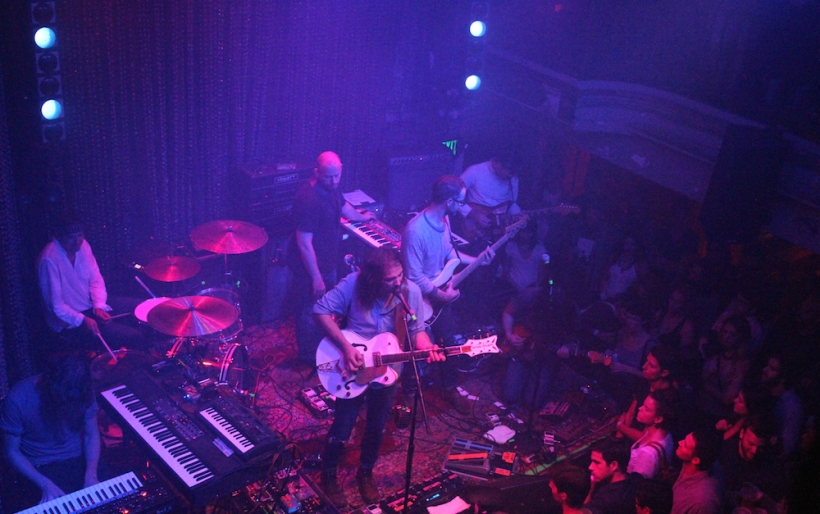 The War on Drugs at Johnny Brenda’s in 2012 | photo by John Vettese for WXPN
It’s been a while since The War on Drugs played a hometown show.  A long while.  After the release of 2011’s Slave Ambient and before seeking refuge in the tranquil hills of Asheville, NC and the stimulating streets of New York City last year to work on new material, front man Adam Granduciel led his band through two sell-out nights at Johnny Brenda’s to ring in 2013.

Now with those shows and that album set firmly behind them, The War on Drugs are on the threshold of a new chapter with Lost in the Dream, which comes out next Tuesday.  The release will be accompanied by the band’s largest hometown headlining show to date with XPN welcoming them to Union Transfer that same night, preceeded by an already sold-out Free at Noon concert taking place tomorrow.

Before all of that happens, though, take a look back at videos of their last Philadelphia appearance, including a crowd-rapturing cover of Bruce Springsteen’s “The Ties That Bind,” captured by local concert videographer Pillgrim’s Progress.  Tickets are still available for the all-ages show at Union Transfer on March 18th and can be found here.  Tune into to tomorrow’s Free at Noon live on 88.5 XPN or online.