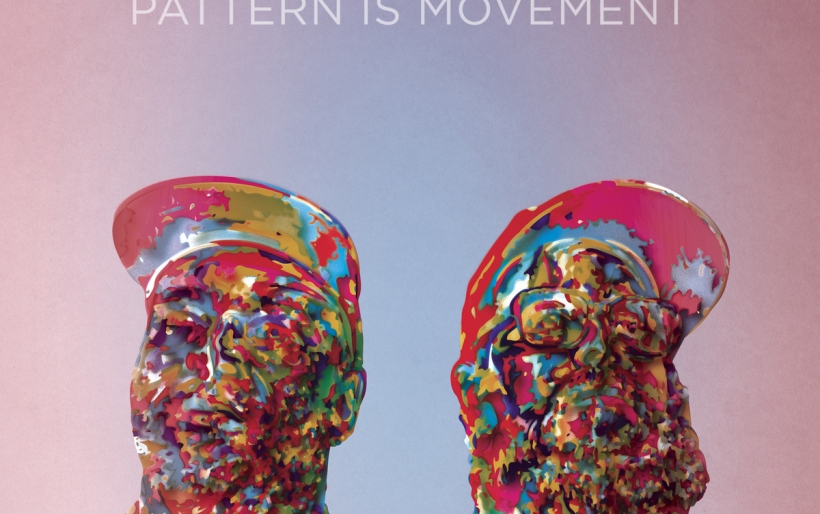 In the six years since Pattern is Movement’s last full-length release, the indie kingdom where they (perhaps precariously) stake their ground has seen some significant changes. 2008’s All Together hit at a time when the orchestral, whimsical flourishes of indie rock were in full swing. Albums like Arcade Fire’s Neon Bible and Grizzly Bear’s Veckatimest were the defining statements of that ethos – a textured, intellectual lens on cathartic and catchy tunes predominated over those works more subtle rhythmic components. While All Together is an extraordinarily rhythm-heavy work, with drummer Chris Ward’s breakbeat and time signature-dodging drum lines underscoring Andrew Thiboldeaux’s piano and vocal acrobatics point-by-point, the band’s groove-heavy elements are overshadowed by the cabaret aesthetic and almost-nonsensical quality to some of the lyrics (“Jenny Ono” is a stand-out in this regard). The album fits well within this era.

The ensuing six years would see this entire world change under everybody’s feet, and that musical world’s most persistent and celebrated artists deemphasizing their rock roots in favor of more conspicuous flirtation with EDM, hip-hop, and RnB. The lines between these worlds have blurred considerably, and are now almost invisible. Nobody bats an eyelash at Justin Vernon appearing on Kanye West tracks, or Drake pulling Jaime xx onto his album’s title track. These worlds were not meant to stay apart, and the ethereal qualities that permeated the best products of both musical worlds were destined to bring them together.

With this background, Pattern is Movement (released today on Hometapes Records) might appear late to the party. Fortunately for everyone involved, this album might be the best statement of the indie rock-hip-hop fusion that has been made. Whatever the Dirty Projectors, Grizzly Bear, and acts of their ilk were attempting when they began taking obvious cues from 90s RnB, Ward and Thiboldeaux have lapped them in their dedication to the artform’s roots. They trade angularity for warmth and shimmering beauty, cheeky surrealism for heart-on-sleeve passion.

All of this is not to say that the band has let go of their flair for the dramatic (just listen to “Make it Right”, which could probably have fit in on All Together if not for the D’Angelo-styled vocal harmonies) — rather, they’ve commuted it into something more accessible, both aurally and poetically. Instead of feeling like a show or a musical, Pattern is Movement evokes a feeling of ecstasy that is inextricably intimate and communal. Intended to capture the atmosphere of first encounters (supposedly inspired by a trip undertaken by Thiboldeaux to the Dominican Republic, laced with the energy of what the Spanish conquistadors and Native Americans felt upon first meeting), the album employs every blippy keyboard, every auto-tuned vocal run, every string-and-horn ensemble buildup in the beautiful service of capturing something as ephemeral as it is universal.

On “River”, the album’s opening track, the new direction comes into crystal clarity. The middle chorus, with Thiboldeaux’s harmonized vocals repeating “You’re better underwater” (to be clear, that’s his voice singing everything) over Ward’s J. Dilla-inspired drumming, stands juxtaposed against the dirty bass synth and outro buildup. The album’s eclecticism seems more muted than past releases, weaving a tapestry that would make no sense in any other context; that the lyrics might not make total sense here doesn’t really matter as much as the urgency with which they’re made to matter.

Further into the album, Ward and Thiboldeaux’s vision grows deeper and more contemplative, and this is where the emotional core of the album is most visible. “Suckling”, which is being offered as a free download all week, employs the same synth bass over finger snaps straight out of 808s and Heartbreak, all under lyrics that seem to narrate a story of conquest that could be extrapolated to any relationship in which power plays out in problematic ways. “Gone My Love”, a brooding crooner that could fit on the next Frank Ocean album, has Thiboldeaux-in-chorus weaving in and out of a string section with skill that doesn’t compromise the song’s incredible fragility.

The album’s cohesiveness can probably be attributed to the artistic report between Ward (the main sonic architect of the album’s production aesthetic) and Thiboldeaux (who composed all of the instrumentation and performs all of the keys and vocals), childhood friends who remained the most resilient part of a band that has gained and lost members over the years. As a two-piece, they have a shared vision with greater control and greater room for big-picture concepts; more band members means more people who could talk down something that seems superfluous (like the nth Rhodes piano run, etc.). But, embracing the weird has led them down the route which they find themselves on Pattern is Movement. We may not know what it looks like for them to pursue this route to its logical conclusion, but we can be assured that it’ll be an insane and wholly fascinating trip.

Pattern is Movement is the featured album in this week’s edition of Unlocked. Download the song “Suckling”in yesterday’s post and check back all week for video, interviews, and more.