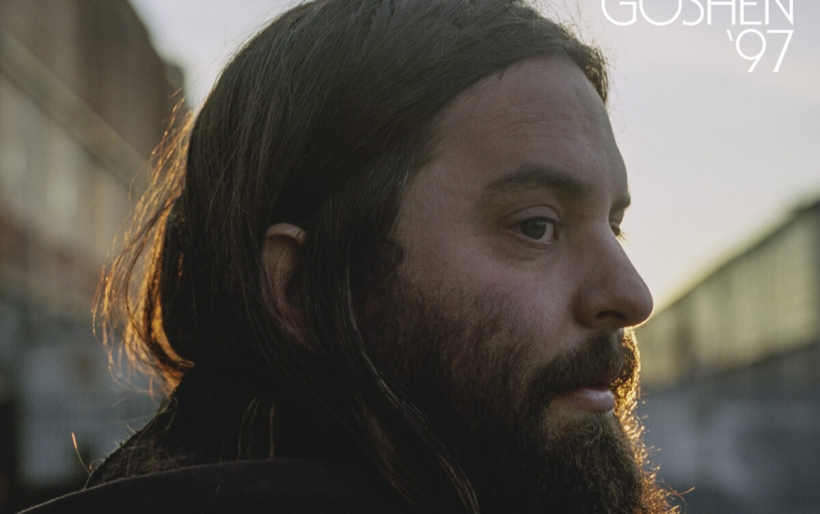 We were psyched to hear that Philadelphia’s Tim Showalter, aka Strand of Oaks, got signed by Dead Oceans Records late last year, and today we have some additional details about his new album.

The record is called Heal, and World Cafe premiered the lead single “Goshen ’97” this morning. (That’s the single art above.) Whereas Showalter has been immersed for the past couple albums in songwriting centered around fiction and fantasy, this new release finds him at his most autobiographical, and the single starts at the beginning. As I said on the Cafe premiere of the song:

It moves fast and rocks hard, exhibiting an urgency we haven’t heard from Strand of Oaks in the past. Showalter describes it as a joyful punk song, with lyrics revealing the little details of life in Indiana at age 15. He hides his packs of menthol cigarettes and lip-syncs to Smashing Pumpkins songs in his mirror. He hangs out in his parents’ basement, writing, and discovers his father’s tape machine — “and that’s where the magic began.”

“I was lonely, but I was having fun,” Showalter sings in the soaring refrain. “I don’t want to start all over again.”

“That’s what I never realized before: This is not a bad life,” Showalter says. To him, the song represents what it feels like to be a teenager, and what’s saving you when you don’t fit into narrowly defined teenager roles.

Read more of my interview with Showalter and stream “Goshen ’97” here, via NPR music.