The Afghan Whigs and The Both (Ted Leo and Aimee Mann) are performing at WXPN’s annual music industry gathering, the Non-Commvention, happening May 14-16 at World Cafe Live. Both the Whigs and The Both have new albums coming out on Tuesday, April 15th. You can stream them each in their entirety here via NPR Music.

Running with the album’s cinematic feel, Do to the Beast is in many ways Dulli’s . It conjures the 1990s in flashbacks, but its voices belong to men who’ve outlived the youth they had then. Dulli uses murder metaphors in “Matamoros” and “The Lottery,” and the supernatural enters into “Lost in the Woods” and “Royal Cream.” The real reason Do to the Beast resembles this year’s television preoccupation is that it gives us the voice and vision of a solitary, brilliant man in a constant tug-of-war with evil, as he imagines it — and as it still runs, though quieter now, in his veins.

Stephen Thompson, of NPR Music, writes about The Both: 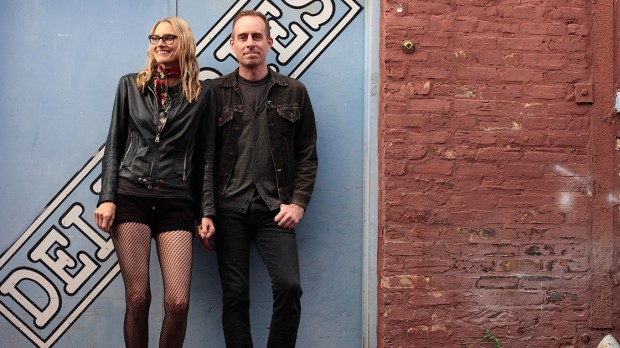 When solo musicians combine to form a duo, compromise is natural. There’s only one spotlight to share, which means figuring out who recedes into the background when, and there’s usually a built-in need to find a midpoint between two sounds. To fuse the music of Aimee Mann and Ted Leo is to demand a tremendous stylistic shift of one or the other; Mann’s voice is too sullen and soft, and his too barky and frenetic, for them to interlock easily.