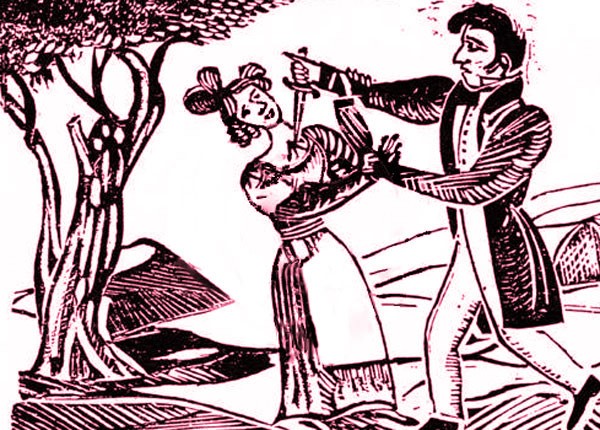 Poor murdered “Pretty Polly” and a session with Chris Kasper, who fronts a strong local crew, tonight on Folkadelphia Radio

“Pretty Polly” is the name of a rather grim and gruesome American murder ballad based on an even older British ballad called “The Gosport Tragedy.” The biggest difference between the two is a matter of narrative darkness. In both versions, a man murders his girlfriend after he learns she is pregnant, but, whereas in “Gosport,” the murderer receives his swift comeuppance while trying to escape his fate, the perpetrator in “Pretty Polly” often leaves the scene of the crime without punishment in this world, instead deferring his “debt to the devil” until the end of his own life.

Depending on the version, things can take a cringeworthy turn involving incest, insanity, premeditation, pejorative language, obsessive behavior, and, of course, the supernatural. It’s no wonder that this story continues to be one of the most popular and widely covered in the folk music world and beyond. To put it plainly, it’s a messed-up story. We’ll hear a few of the many versions available to us on the air.

In advance of our Folkadelphia presented concert tomorrow (Thursday, April 10th, at Ortlieb’s featuring Brooklyn’s Zachary Cale, LA’s Matt Kivel, and Philly’s Chelsea Sue Allen), we’ll be showcasing a track from each on the radio. If you love top-notch songwriting chops, you’re not going to want to miss this totally free, totally awesome show.

This week’s Folkadelphia Session comes from Chris Kasper, a Philly musician and a real friend of WXPN. Kasper is a born bandleader, surrounding himself with some of the best local players to get the most out of his songs. When he and his collaborators hit their stride, as they often do on the latest release, Bagabones, you’re hearing something special happen. Such was the case when Kasper, along with Kiley Ryan and Phil D’Agostino, recorded with us.

Every Wednesday from 10-11 PM on WXPN, Folkadelphia Radio with Fred Knittel explores the world of folk, Americana, country, and more, old and new, ranging from the fringe to the familiar to the freaky and everything in between. They also premiere an excerpt from a new Folkadelphia Session, an in-studio recording featuring musicians in their live element.