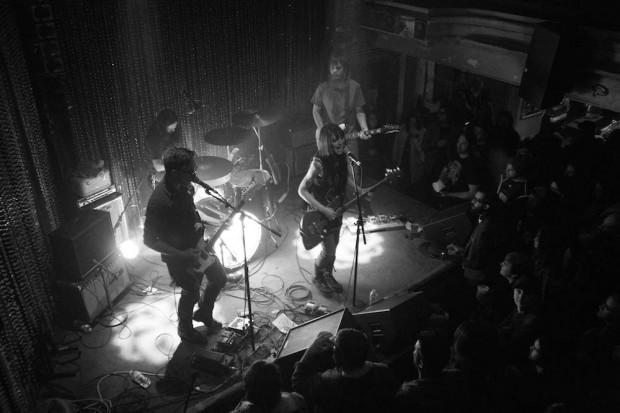 Heavy psychedelic rock band Creepoid have already announced their forthcoming EP, Wet, set to be released as a 12″ on April 19 – Record Store Day, appropriately – and in anticipation of that release the Philly band has premiered a new track from the EP titled “Truth” over at CMJ.

“Truth” opens up with a punch-in-the-stomach bass line, dragging the track the whole way through under ethereal, dream-like vocals. Anna Troxell’s voice is, in one word, mesmerizing; swaying in a way that evokes feelings of “I want to die and be alive” at the same time. The tempo is a bit slower than the previously released “Wet Bread”, with lugging guitars that creep and linger. I’m completely about it.